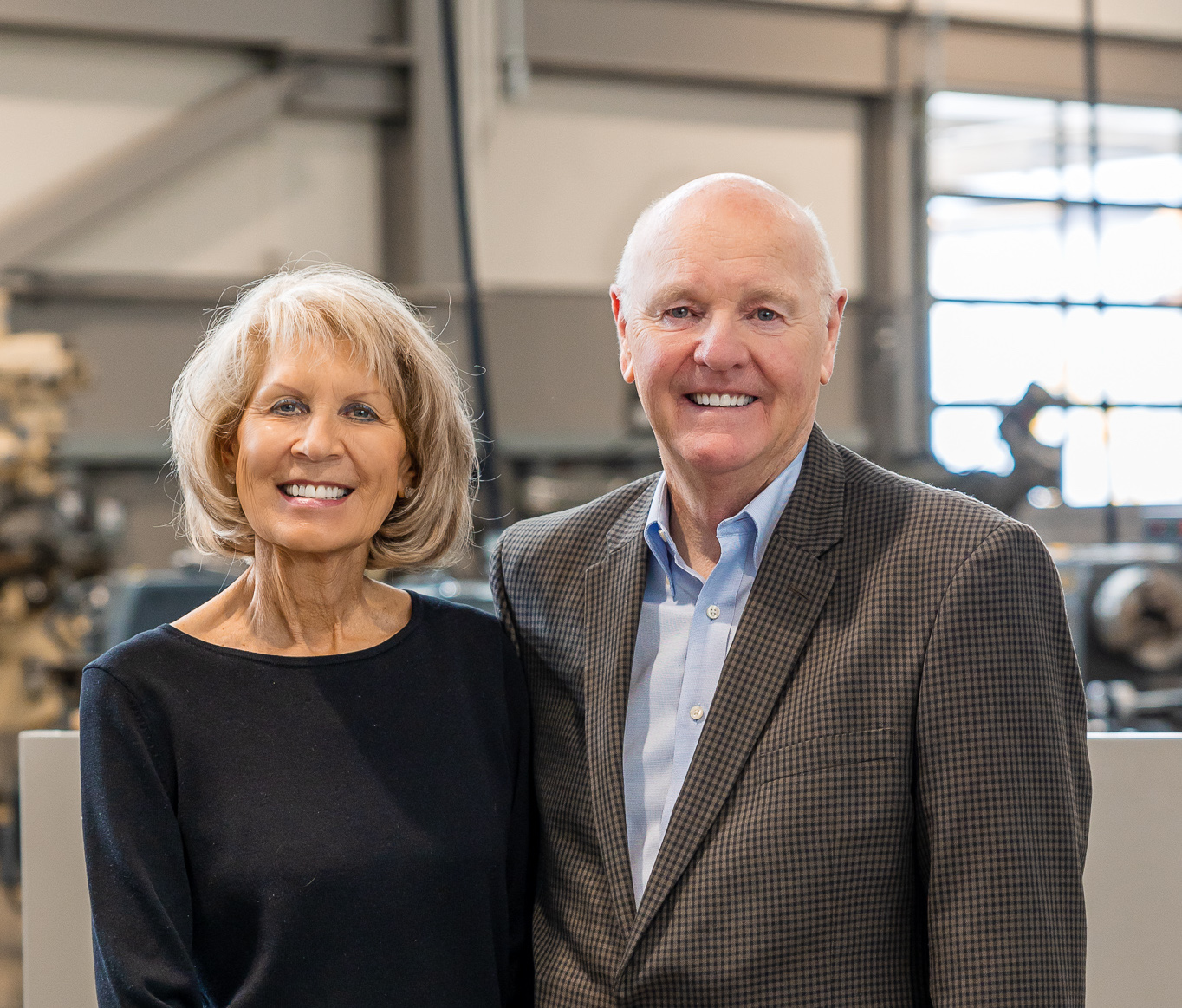 A hands-on approach to changing lives

Terry Holden’s father would build anything, for anyone. An extra bedroom, a shed, a house.

It wasn’t because he did it for a living. It was his way of giving back.

“I learned early on from my father that you have a social obligation to help others. It doesn’t have to be money, but it has to be from the heart.”

The hands-on approach to philanthropy seems to suit Terry and his wife, Cheryl. A scholarship recipient himself — he was awarded a Crown Zellerbach scholarship upon graduating high school — Terry credits the gift with influencing his decision to attend college and changing the trajectory of his life.

Once the Holdens themselves had the means, they made sure to give back to the community. They began funding scholarships for high-achieving high school graduates in the Molalla, Oregon area, and later supported scholarships for Clackamas Community College, just outside Portland, Oregon.

They believed getting to know the students they were helping, staying in each other’s lives, and helping pass along that paying forward mentality was important.

“If and when they have the opportunity to help others, I would encourage them to pay it forward,” Terry said.

But even then, the Holdens don’t intend to wait and see what their generosity can accomplish. They believe life offers too many opportunities to simply sit still, and are eager to be able to spend more time partnering with OHSU when they can.

“Over the years, our gifting plan has been fluid. I often get my best ideas by walking, observing and talking,” Terry said. “We are in the early stages of working with OHSU, and I see so many opportunities that are going to be rewarding. I’m not expecting to go into surgery — we’re not hands-on like that! But I want to learn about all the other programs, because I know we are going to move in a forward direction with OHSU.”

The Holdens have a big vision for their philanthropy and are excited for the benefits it can bring. “We all have that obligation to give back to society and help others. Find an activity or venture you really believe in, and you are going to feel very good about it,” Terry said.

Cheryl agreed. “Giving can be very rewarding. What better way to use your money?” she asked. “You can buy things, but you don’t own them — they own you. But when you give from your heart, you can’t measure that.”