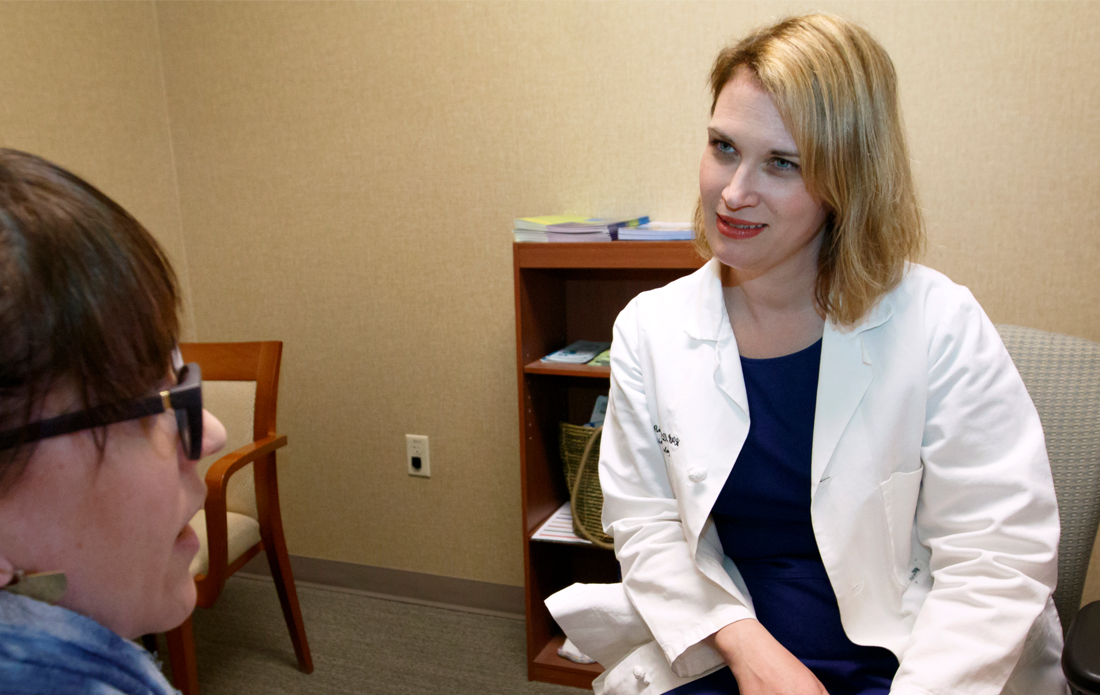 While prepping a patient for surgery, Maria Rodriguez, MD, received a call from the hospital administrator: she’d have to cancel the tubal ligation because the woman’s insurance would not pay for it.

Rodriguez would now have to tell the mother of four that her chosen mode of birth control was no longer an option, placing her reproductive and overall health at risk.

This conversation — as a newly graduated medical student, no less — was among the hardest Rodriguez has had as a physician. But it was also one of the most motivating. The conversation fueled her to build a successful research career surrounding women’s health and birth control access.

Her enthusiasm for women’s health extends beyond research. She’s held several roles, ranging from a clinical OB-GYN physician to an international health expert working on human rights issues. Most recently, she’s become a public health advocate who walks the halls of the Oregon legislature.

A passion for social justice

Growing up, Rodriguez was acutely aware of her privileges of being born in the United States, as her father fled Cuba as a young boy to the U.S. in search of a better life. Her parents instilled confidence in her to tackle challenges facing individuals who aren’t born with those same opportunities.

“It was very clear to me, even at a young age, that my life would have been diametrically different if I had simply been born in another country,” she said.

In college, Rodriguez volunteered at a family planning clinic and discovered she liked working in the area of women’s health; she got to interact with different kinds of women at critical points in their life.

“It was very clear to me, even at a young age, that my life would have been diametrically different if I had simply been born in another country.”

Upon graduating medical school, Rodriguez worked for the World Health Organization in Switzerland. She had the opportunity to travel to over 80 countries to promote family planning access as a means of reducing maternal mortality.

She then brought her experiences back to the U.S., and joined the OHSU School of Medicine as an associate professor of obstetrics and gynecology to research how women can have better health outcomes with regard to their reproductive health.

One of her areas of research includes developing evidence for contraceptive policy. Nearly half of pregnancies in the U.S. are unplanned, and the majority of those are among women who live below the poverty level. One way to reduce those unplanned pregnancies, Rodriguez thinks, is to provide easily accessible family planning services.

Many women face barriers to obtaining hormonal contraception or accessing family planning clinics. Even if women have reliable transportation, the clinics may have limited business hours or insurance won’t subsidize the cost.

Inspired by the patient whose surgery she had to cancel, Rodriguez conducted research looking at the impact of extending coverage for postpartum contraception to women enrolled in emergency Medicaid. Her research was presented to legislators and helped ensure the passage of the Reproductive Health Equity Act, which expanded coverage for some Oregonians to access free reproductive health services.

Her efforts in the legislature have also transformed the way women can receive hormonal contraception, by helping pharmacists to implement the over-the-counter birth control program.

In 2016, Oregon became the first state to allow pharmacists to independently prescribe hormonal birth control to individuals without a traditional clinic visit, in part due to Rodriguez’s research and policymaking efforts.

Individuals no longer need to make an appointment with their primary care physician to receive contraception — a hurdle for many who can’t afford to take time off work, have limited funds or have no reliable transportation.

“It energizes me how receptive Oregon leadership is to hearing the results of my research looking at the impact of policies and programs on health,” Rodriguez said.

The first two years of the program showed promising success with more than 50 unintended pregnancies averted. It also saved the state an estimated $1.6 million in public costs, such as those required for medical care associated with poor maternal and infant outcomes.

Among Oregon Medicaid enrollees in the first two years of the program, the studies note that 10 percent of all new oral and transdermal contraceptive prescriptions were written by pharmacists. The majority of claims originated from retail chain pharmacies in urban areas, and nearly 74 percent of patients given either the pill, patch or ring had not used any form of prescribed birth control in the prior month.

“I have frequently found that philanthropic work has a shared vision of the importance of research — both to advance scientific knowledge, but to also translate it into action that directly impacts the health of our communities.”

“It’s important that we continue to support implementation efforts in Oregon and elsewhere. If other states with similar programs achieve the same level of implementation as Oregon has thus far, we could expect to see more than 800 unintended pregnancies prevented, and an estimated $25 million saved,” Rodriguez said.

In addition to Rodriguez’s drive and passion, philanthropy has been fundamental to her research. Her research on pharmacist prescription of birth control is funded by a grant from the Laura and John Arnold Foundation.

“I have frequently found that philanthropic work has a shared vision of the importance of research — both to advance scientific knowledge, but to also translate it into action that directly impacts the health of our communities,” she said.

The next step in Rodriguez’s research is to further expand pharmacist education and reach new patients who could benefit from the service, particularly those in rural areas with limited access to family planning services.

“Research is the blend of pragmatism and creativity,” Rodriguez said. “I like thinking about new approaches to solve problems. I also see research as an important way to work for social justice, by identifying and addressing the underlying causes of health inequity.”