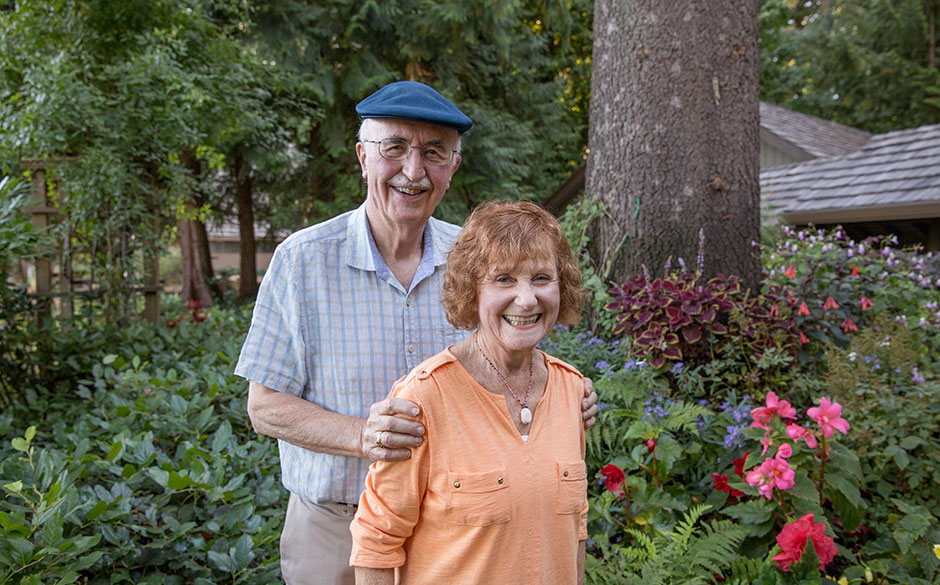 George and Janet Boldt like to insist that they are the main beneficiaries of their philanthropy. “Doernbecher Children’s Hospital is one of our favorite charities. We’re learning so much and meeting so many interesting people who are doing worthwhile things. We’re definitely getting more back than we’re giving,” said George.

George and Janet founded and ran a steel import business (George B. Boldt, Inc., based in Wilsonville) for 45 years. Now retired, they are ready to give back. “We ran a successful business for years and have been blessed beyond any measure we could have dreamed of. Now we are at the point where we’re ready to redistribute those blessings. We can’t think of a better recipient than Doernbecher,” said George. “We are doing what we are supposed to be doing: helping less fortunate children.”

The Boldts have been married for 49 years, running their business as a team and now making philanthropic decisions together. They first became Doernbecher supporters in 2008, after Janet saw a presentation at a Christmas gathering. Janet said, “A doctor from Doernbecher was there and it really touched my heart.”

The Boldts are longtime members of the Frank Doernbecher Guild and have included Doernbecher in their estate plan. More recently, after learning about OHSU’s plan to build a new guest house for out-of-town families, they were inspired to make a gift that could be used right away. They liked the fact that the guest house, the Gary & Christine Rood Family Pavilion, served both the logistical and emotional needs of families. And, like Gary and Christine Rood, they were inspired to invest in something that met such a crucial, immediate need.

“We ran a successful business for years and have been blessed beyond any measure we could have dreamed of. Now we are at the point where we’re ready to redistribute those blessings. We can’t think of a better recipient than Doernbecher.”

“Families come from all over for care at Doernbecher and OHSU. They should be able to visit their loved one as often as possible. We believe it’s going to be fully booked the day it opens,” said George.

Janet is a passionate gardener. Their home in Wilsonville is surrounded by ancient fir trees and Janet’s beautifully tended perennial beds. So it’s fitting that they chose to make a gift designated for creating a special rooftop healing garden at the Rood Pavilion.

“I love being in the garden,” said Janet, “so the idea was very appealing.”

The George and Janet Boldt Healing Garden will offer an oasis of peace and beauty for out-of-town patients, families and caregivers.

When asked why they support Doernbecher, George said, “It’s a chance to help children who may not otherwise receive help. And, as it happens, it’s kind of fun!”