Driven by a dream | OHSU Foundation
Skip to content 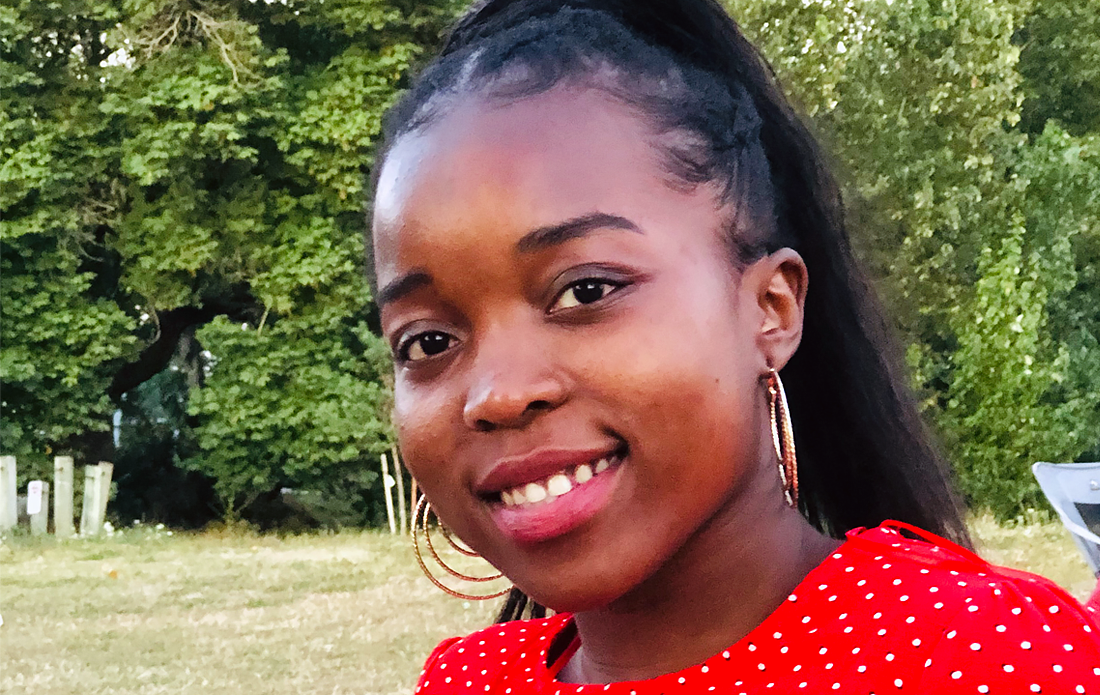 Driven by a dream

Growing up in Cameroon, Africa, Nelly Nouboussi recalls early mornings when neighbors would come over to their family home to seek medical care.

Her physician mother ran a clinic in two rooms of their house, which helped to provide people with health care regardless of their ability to pay.

“It made me appreciate the practice of medicine because of what my mom was doing for the community. I was seeing the impact I could have as a physician,” Nelly said. “When I was little, I found that spark of wanting to practice medicine.”

Nelly’s parents wanted to give her a chance for better educational opportunities. Her mother entered and won the United States immigration lottery, allowing their family to come to the U.S. with visas.

“When I was little, I found that spark of wanting to practice medicine.”

They made the difficult decision to stay behind and send Nelly to the U.S. to live with her uncle in Eugene, Oregon. There, she would begin her high school studies and eventually fulfill her dream of attending medical school.

At 13 years old, Nelly packed her bags and flew with her mother to Springfield, Oregon. As the plane landed, she found the reality of her new life a bit surprising. “You know, it wasn’t New York City like you see in the movies,” she laughed.

The challenges of leaving her family in Cameroon and starting a new life were just the beginning. Without access to a cellphone, she could only speak to her family back home once each month, and she didn’t see her parents or siblings for four years. She was in a new, foreign country with no friends. She was still getting to know family who was new to her. And she had no grasp of the English language as she began high school. “The dictionary was my savior,” she said.

But her persistent spirit and sense of humor got her through. She immersed herself in American culture by watching TV shows in English. By the end of her freshman year of high school, she was completely fluent.

Nelly was then ready to focus on her next hurdle: getting into medical school.

She got exposure to the medical field in high school by job shadowing a physician. She then attended the University of Oregon to study biology. During college, she volunteered more than 100 hours at a local hospital and the Eugene homeless wellness center. She also worked as a research assistant in a neuroscience lab.

Nelly knew she wanted to stay in Oregon for medical school. “In the United States, Oregon is really the only place I call my home,” she said.

And then her dream became a reality: she was accepted into medical school at OHSU.

With the rising costs of living and high interest rates for loans, taking on student loans can add extra stress for students. Financial pressures like these can deter students from attending school altogether.

Nelly knew she wanted to become a doctor, but was concerned about debt and the financial burden. She then received the Presidential Scholarship from OHSU, providing a full-ride scholarship for the entirety of her medical school program.

“The scholarship was a game changer for me,” she said. “I won’t have to worry about loans and I can focus on school — I can learn what I came to learn.”

“The scholarship was a game changer for me. I won’t have to worry about loans and I can focus on school — I can learn what I came to learn.”

For many OHSU students, their career path will place them on the front lines of Oregon’s health care workforce, embodying OHSU’s mission to promote health and well-being across Oregon.

Nelly’s goal is no different. Now a first-year medical student at OHSU, she wants to focus on underserved communities in Oregon.

Nelly wouldn’t be at OHSU without the help of her scholarship. Philanthropy allows OHSU to attract the very best students who will change the future of medicine, reduce their debt burden and help them achieve their goals.

“OHSU believed in me enough to fund my education,” she said. “I will work as hard as possible as a way of saying thank you for this life-changing opportunity.”