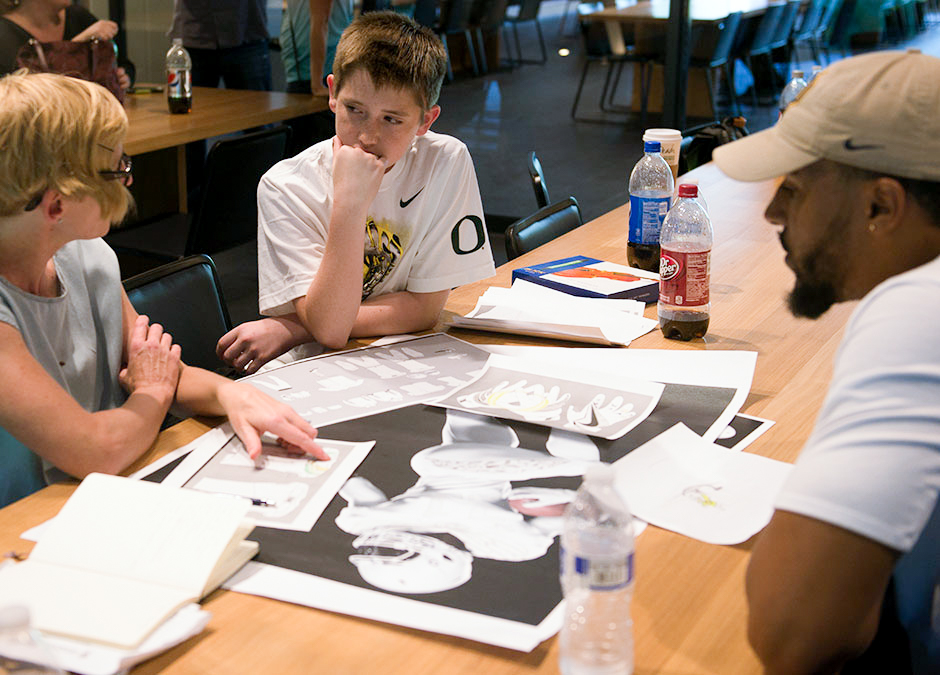 Ethan is having an awesome summer. On a family vacation to Italy, he visited Rome and Pompeii – and ate tons of pizza. Before school starts, he’ll join his dad, brothers, uncle and cousins for a “guys only” camping trip at the Oregon coast. “We always go fishing and crabbing,” he said.

Except for a small scar on Ethan’s scalp, you’d never know that last year at this time, he was battling brain cancer. In April 2016, Ethan was at home in his kitchen and had just finished lunch. When he got up to clear his plate, he felt dizzy. “Then I felt like I was spinning. I got on my knees, and then fell to the floor,” he said.

Though he didn’t know it at the time, Ethan was having a seizure. His dad called an ambulance. Later that day, an MRI scan revealed that Ethan had a brain tumor. He was transferred from his hometown of Medford to OHSU Doernbecher Children’s Hospital in Portland. There Dr. Nate Selden performed surgery to remove the tumor, using Doernbecher’s iMRI suite – a highly sophisticated technology that enables surgeons to operate with the highest possible degree of precision.

“I was scared,” said Ethan. “I had never had anything like this happen to me.” How did he cope with that fear? Hope.

Ethan has wise and honest advice for other kids facing cancer: “Don’t think everything is always going to feel the way it does right then and there, when you find out your diagnosis. The best thing you can do is have hope, because you really can’t control things.”

“Don’t think everything is always going to feel the way it does right then and there, when you find out your diagnosis. The best thing you can do is have hope, because you really can’t control things.”

Ethan, on advice for other kids facing cancer

Now 13 years old, Ethan’s back to playing trumpet (he likes all music except classical and heavy metal) and successfully auditioned for jazz band. He has earned a second-degree black belt in karate. And he’s still a sports fanatic. He’s coming to terms with some of his limitations, post-surgery (he’s disappointed he can’t play football or try boxing) but enjoys rowing and cross country. “I like long distance running,” he said. “At practice, we go off on dirt roads and run 1.8 miles.”

Even though Ethan can’t play football, he loves watching games – especially the Oregon Ducks. Now he’s looking forward to attending his very first football game in a stadium. That’s exciting for any kid, but even more so when the players will take the field in a uniform you helped design.

“When I found out I got to be a part of Doernbecher Freestyle and customize Ducks gear, it blew me away!” he said.

Ethan sketched ideas for the glove and jersey. He drew a logo featuring an adventurous Oregon Duck swinging from the wire alongside the OHSU tram. “When I first got to Doernbecher, I saw the tram and I really wanted to ride on it,” said Ethan. “I had only been to Portland to go to the hospital, and that was the first big thing I saw.”

Ethan’s design for the gloves conveys his hopeful outlook.

“I put the word OVERCOME across the knuckles,” Ethan said. “I was thinking of how I had to overcome obstacles when I was trying to fight off the tumor. Overcome means overcome your fears.”

He’s proud of the entire collection that he helped create along with his new friends Joe, Sophia and Oregon defensive back Khalil Oliver. “I was amazed! I was very happy with what I did and what everybody did.”

When “rare” becomes your reality

Austie reflects back on their time in OHSU Doernbecher's Pediatric Intensive Care Unit (PICU), the meaning of the word "rare" and why she felt called to return to Doernbecher in a volunteer capacity.