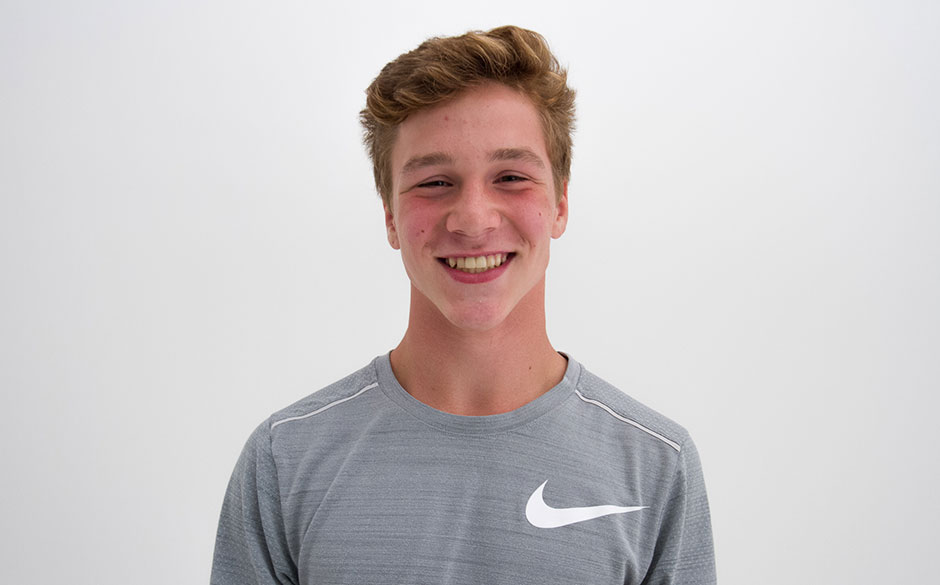 It’s no exaggeration to say that football is Joe’s life. His passion for the game shines through as he describes playing his favorite positions: safety, wide receiver and running back. “Football has always been my thing,” he said. “I started playing flag football in kindergarten and tackle in third grade. This sport is something you can put everything into.” Now 14 years old, Joe will try out as a freshman for his high school football team this fall.

The determination, discipline and positive mindset that help Joe win on the field also helped him win his fight against cancer.

Two months shy of his 10th birthday, Joe experienced a rapid series of confusing symptoms: his knees were weak, his teeth too sore to wear a mouth guard, and, one night, he vomited after dinner. He knew something was wrong. His parents feared the worst – a family friend was in treatment for leukemia and Joe’s symptoms were similar.

Joe’s dad, Ross, remembers the moment the fear of cancer became a reality. “Our doctor said, ‘You need to pack a bag and go to Doernbecher. They’re expecting you.’”

Dr. Thomas Lamkin, who treats children with cancer at Doernbecher Children’s Hospital, confirmed that Joe had Burkitt Leukemia, a rare, fast-growing type of blood cancer. Undergoing his first round of chemotherapy on the day of his diagnosis, Joe would experience this intensive treatment over the next five months.

Because his cancer was so aggressive, Dr. Lamkin had to treat it with equal vigor. “At one point in the process, Joe got 100 hours of chemo over just a five day span,” said Ross.

Through it all, Joe had a cheering squad by his side. His family was always there for him. His best friend Carter visited often to play video games and raise Joe’s spirits. He developed a lasting friendship with his chemo pal, Brian. “I also had the doctors and nurses supporting me,” he said. “They were always there to help.”

Proof of his own advice, Joe has been cancer-free for nearly four years.

When he found out he’d been selected to participate in Doernbecher Freestyle to help design cancer awareness uniforms for the Oregon Ducks, he was stunned into silence. “All I remember was I didn’t have a single word come out of my mouth!” he said.

“It’s been so cool to be able to talk football with Justin Hollins and the other players, learn about what it’s like to be a college athlete, and hear their thoughts on what they do.”

Joe contributed design concepts for the cleats, socks and compression pants – and he loves the way the colors blend together among them.

“My favorite part was what the Nike designers came up with for the camouflage pattern I suggested,” he said of the pattern that embellishes the player uniform and highlights images and words meaningful to Joe and his Doernbecher co-designers Ethan and Sophia.

“It has the word ‘chocolate’ in it, because when I was in the hospital we always brought in bags of chocolate for the nurses who would come in to take my blood or weight,” Joe said. “It has trees because the hospital has trees around it.”

The uniform design tells a story, and Joe hopes that story will be heard. “I want people to know that cancer is a horrible thing to go through – I don’t want anybody to have to go through it – but that the more we raise awareness and the more we do research, the better chemo will be, the better the outcome will be, and we’ll be closer to a cure.”