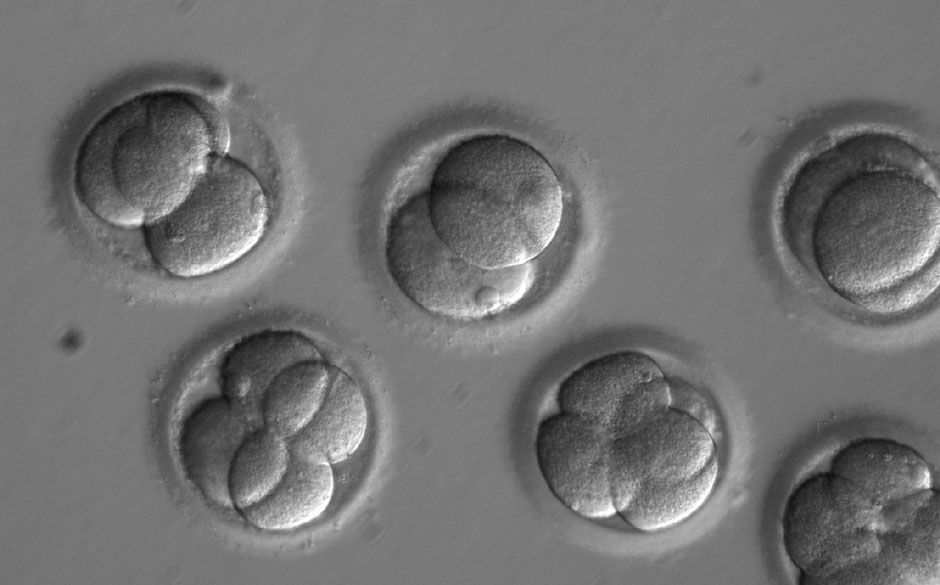 On August 2, OHSU’s Shoukhrat Mitalipov, Ph.D., electrified the international scientific community by publishing research showing that it’s possible to repair a disease-causing gene in a human embryo, and prevent that disease from being passed down to future generations.

The findings, which appeared in the scientific journal Nature, inspired front page coverage in the New York Times and thousands of headlines around the globe.

The team targeted hypertrophic cardiomyopathy, a disease that affects an estimated 1 in 500 people and can lead to heart failure and sudden death. Jennifer Doudna, Ph.D., a biochemist who helped discover the gene editing method used (called CRISPR-Cas9), told the New York Times: “It feels a bit like a ‘one small step for (hu)mans, one giant leap for (hu)mankind’ moment.”

Mitalipov, who directs the Center for Embryonic Cell and Gene Therapy at OHSU, explained that, “Every generation on would carry this repair because we’ve removed the disease-causing gene variant from that family’s lineage. By using this technique, it’s possible to reduce the burden of this heritable disease on the family and eventually the human population.”

The technique could apply to thousands of inherited genetic disorders affecting millions of people worldwide.

Here’s a round-up of some of the more notable news stories:

Scientists have, for the first time, successfully freed embryos of a piece of faulty DNA that causes deadly heart disease to run in families (BBC News)

The Designer Baby Era is Not Upon Us (The Atlantic)

Inside the 60 Minutes CRISPR story (60 Minutes)

You can read the press release here, and discover more about Mitalipov’s work here.

Gifts to support this work can be made via the following link to the OHSU Center for Embryonic Cell and Gene Therapy.