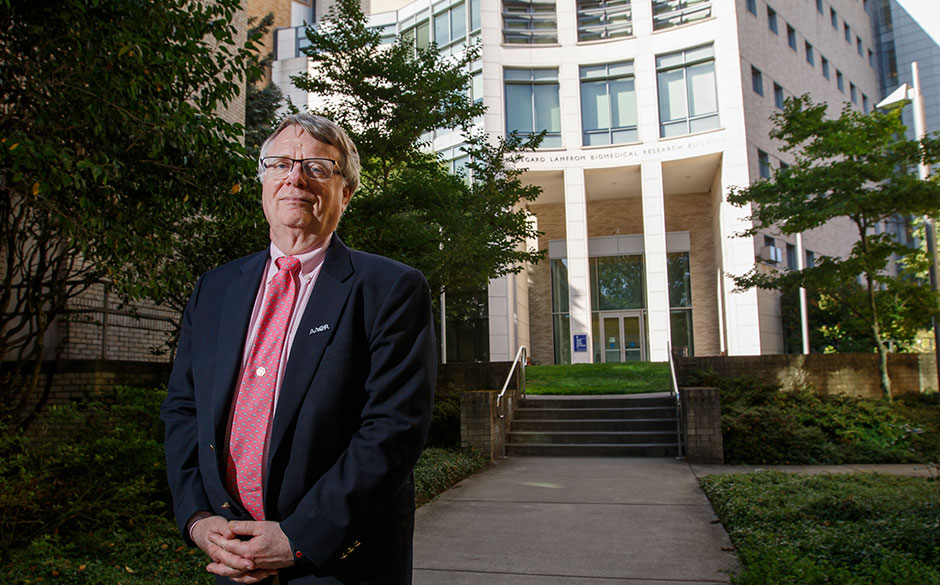 Today OHSU announced that internationally-renowned scientist Gordon B. Mills, MD, PhD, has been recruited to lead precision oncology for the Knight Cancer Institute.

The concept of precision oncology is to treat each patient based on his or her own tumor, genetics and lifestyle. The goal is to develop a deep understanding of each individual patient and offer optimal treatment, giving them the best opportunity to survive their disease. Mills’ role will be to integrate research across multiple areas, including early detection, immunotherapy and systems biology.

Here are seven things to know about Gordon Mills:

1. Mills is one of the most highly-cited medical scientists in the world. His research has been referenced more than 70,000 times, and he is in the top one percent of all authors in medicine.

2. Mills was recruited to OHSU from the MD Anderson Cancer Center in Houston, where he has been an esteemed clinical and research leader since 1994. As a professor in the departments of medicine, immunology and tumor biology, he oversaw the center’s breast cancer and ovarian cancer Moonshot programs.

4. Mills’ research focuses on the genomics and genetics of breast and ovarian cancers and identifying and characterizing a number of potential tumor suppressor genes.

5. He has more than 20 patents in novel technologies.

6. Mills has held leadership roles and earned awards from a variety of nationally recognized cancer organizations, including the American Association for Cancer Research, Stand Up 2 Cancer, and the Susan G. Komen Foundation.

7. At OHSU, Mills will recruit and mentor young scientists and investigators, encouraging and equipping them to take on the big ideas and questions in order to defeat cancer.

Watch an interview clip with Dr. Mills on his new role at OHSU: