Serving as a mentor | OHSU Foundation
Skip to content 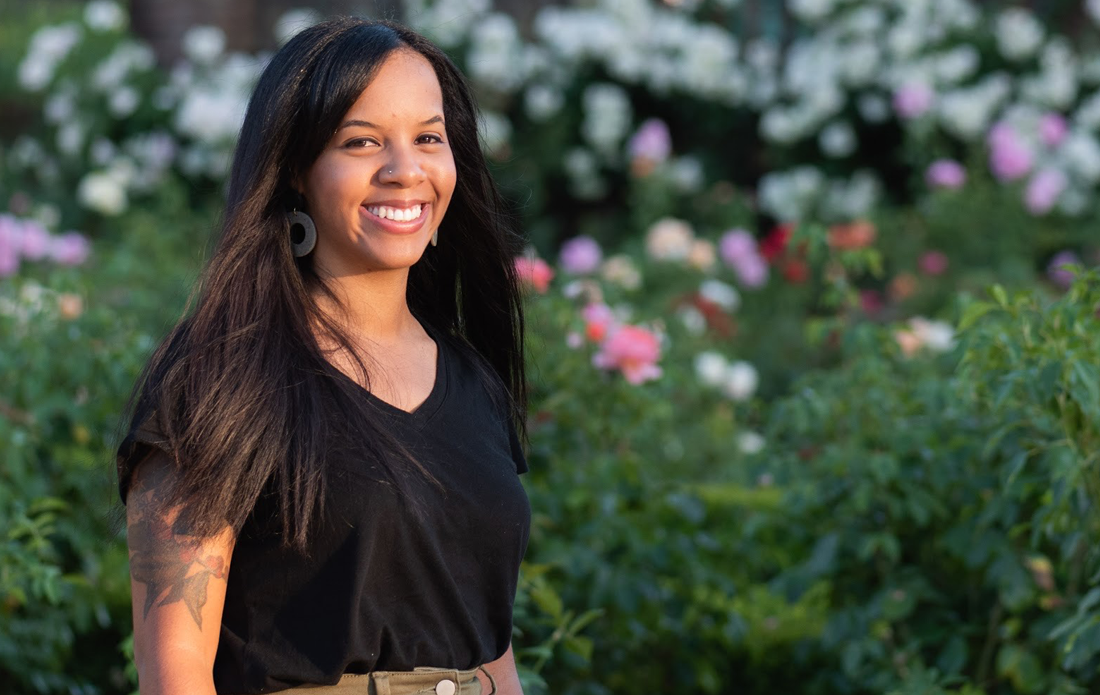 Serving as a mentor

Novella Bates graduated high school at 16. She didn’t enroll in college until her mid-20s.

In the interim, she traveled and worked in the coffee industry: She spent years on a coffee farm in Costa Rica and learned about sustainable farming. When she entered college at Portland State University, she began as a film major with a goal of developing a health documentary series.

As part of her major, she needed to take a science course; she chose cell biology because she wanted to learn about all the tiny cells that make us function.

Soon after, she was hooked.

She began signing up for more and more science classes, first switching her major to chemistry and then biochemistry. She volunteered in multiple labs in organic chemistry, prebiotic chemistry, and general chemistry.

“I wanted to learn as much as I possibly could, and I realized I wanted to combine all my interests and apply them toward improving human health,” she said. “I went all in, looking for every opportunity.”

Novella is currently in her fourth year of a biomedical engineering PhD program at OHSU, where she is part of Monica Hinds’ laboratory, studying treatments for cardiovascular disease and how different materials, that can help vascular conditions, interact with the blood.

“I knew I wanted to work in a lab that could impact human health in a positive way. OHSU is a really great place to do that, because it’s a high-level hospital with clinicians who work directly with scientists to solve problems in real-time. And I feel very lucky to have Monica as an advisor and mentor. She’s a supportive, compassionate person.”

Novella also volunteers with two outreach groups. At On Track OHSU!, which works with Oregon middle and high schools to increase the number of minority students in the health sciences, she helps students do experiments such as building stethoscopes out of pipe cleaners, cotton balls, and paper funnels — and then tracking their expenses so they can keep them under budget and still effective.

“Growing up, I wasn’t exposed to careers in science. I took science in high school because it was a requirement. But I didn’t have anyone telling me about my options.”

At Women in Science PDX, which supports the development, retention, and promotion of women in the sciences, she serves as a STEMpowerment coordinator, exposing young girls to science and showing then possible job opportunities.

“Growing up, I wasn’t exposed to careers in science. I took science in high school because it was a requirement. But I didn’t have anyone telling me about my options,” she explained.

Scholarships have played an important role. Novella is a recipient of a $6,000 scholarship every year for three years from the ARCS Foundation, a national women’s group that aids advancement in science and technology by fostering development of new scientists and engineers in the United States. She also received a two-time, $3,000 award from the Research Leadership Scholarship, a program providing graduate students with opportunities to develop leadership skills by participating in OHSU research planning and discussion.

“It’s so helpful to have these scholarship awards, because they allow me to focus time and energy on my research,” she said.

“It’s so helpful to have these scholarship awards, because they allow me to focus time and energy on my research.”

Novella is currently looking into labs to complete a post-doctoral fellowship. After that, she would like to start a lab and work as a professor at a primarily undergraduate institution, where she can continue to mentor next-generation scientists.

She urges young girls to be similarly ambitious and embark on a scientific journey of their very own.

“I once had an instructor tell me, ‘I can see you don’t believe you can succeed in this field. I want to let you know that you can.’ I was able to see that in myself — once someone else told me. I want to help girls facilitate that interest with hands-on experience and resources to show it’s possible for them, too,” she said. “The only thing that should keep women out of STEM is a lack of interest, not belief.”