When new treatments save lives | OHSU Foundation
Skip to content 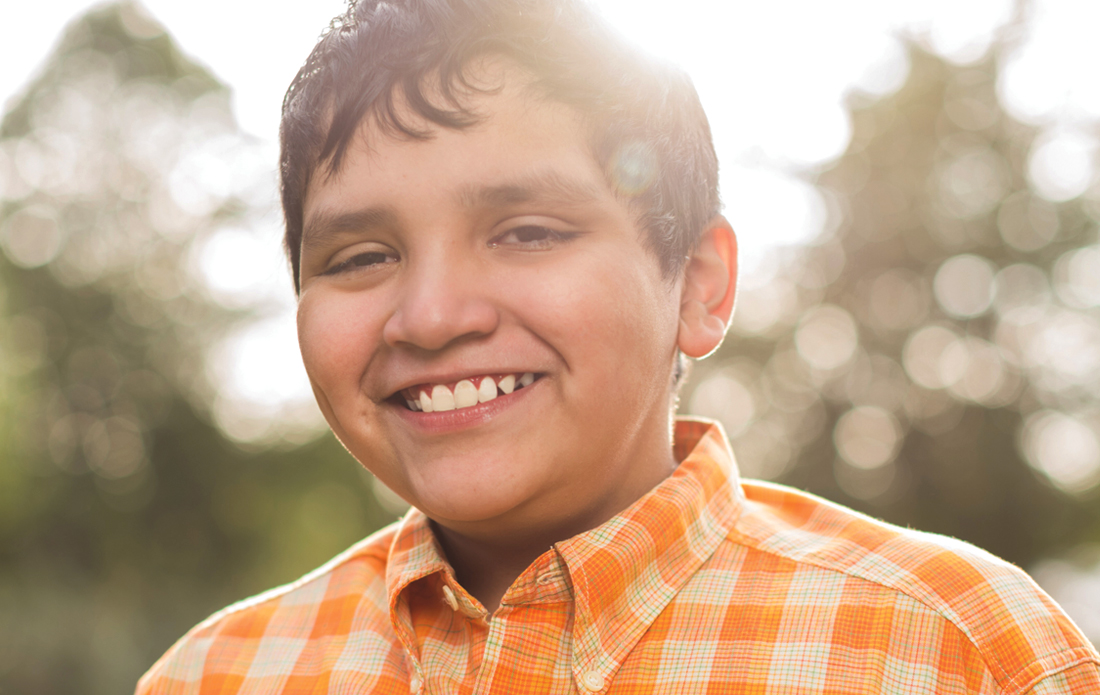 When new treatments save lives

On Halloween 2017, Sarah Martinez took her 8-year-old son Macario out for a night of trick-or-treating with his cousins in their Portland neighborhood. Macario, known as Macky, started feeling unwell after a short walk to the first house, so they turned around and headed home.

It was then that Sarah sensed something wasn’t right.

A week later Macario’s health declined severely. He was more tired than normal. His heart was beating rapidly. He began to have trouble breathing. Sarah rushed Macario to a local hospital

Doctors at their local hospital suspected leukemia, although they weren’t sure the type. In addition to his symptoms, Macario’s spleen and other organs were enlarged.

Macario was transferred to OHSU Doernbecher Children’s Hospital by Pediatric and Neonatal Doernbecher Transport, which is staffed, equipped and certified to bring critically ill and injured children to the hospital’s NICU or PICU.

Support research and treatments that save the lives of kids.

On the ambulance ride, Macario’s health reached a turning point — he was struggling to breathe. The PANDA team gave Macario a blood transfusion to stabilize him until they could arrive at Doernbecher in a matter of minutes.

“I knew they sent us to Doernbecher for a reason,” Sarah said. “I remember arriving at the hospital and an entire team was ready for Macky to come in from PANDA. I was comforted to see all of the doctors, nurses and the team in the PICU. They all were there for one reason: Macky.”

A series of tests confirmed that Macario had B-cell acute lymphoblastic leukemia, a common cancer found in children. Roughly 98 percent of children with ALL enter remission within a month after starting chemotherapy treatment. Macario’s prognosis looked promising.

Macario went through several rounds of chemotherapy over the course of two months. But the chemo was only keeping the cancer at bay, not eliminating it. Conventional treatments weren’t working for Macario. If they couldn’t get his leukemia under control and in remission, the odds of survival were near zero.

“Being told that Macky wasn’t in remission was one of the worst days of my life,” Sarah said.

The next step was to look at other treatment options. OHSU pediatric oncologists Thomas Lamkin, MD, and Eneida Nemecek, MD, went through the options with Macario’s parents. More chemotherapy provided little chance for remission. A bone marrow transplant gave him a small chance for survival. But a new, innovative treatment called CAR T-cell therapy might be the answer.

CAR T-cell therapy is a form of immunotherapy in which the patient’s own blood cells are collected and genetically engineered to attack B-cell leukemia cells. The cells are then infused back into the patient. “I like to think of the modified cells as Pac Man eating all of the bad cancer cells,” Sarah said.

At the time of Macario’s treatment, the gene therapy Kymriah had been FDA approved for a couple of months. The results were encouraging, with more than 70 percent of children with resistant ALL responding to the treatment. Doernbecher was the first hospital in the Pacific Northwest to provide this new, potentially life-saving therapy.

“It’s very important to bring new therapies such as CAR T-cell to our region,” Dr. Nemecek said. “Having these therapies available here allows our patients to stay closer to home, next to their loved ones, where the best healing can happen.”

“Waiting was one of the hardest parts. Waiting for everything — the diagnosis, for the cells to come back, if his treatment would work.”

Once they received Macario’s genetically modified T-cells, he went through a 30-minute infusion process. The T-cells were marching into Macario’s body to fight his cancer. Then, they waited.

“Waiting was one of the hardest parts,” Sarah said. “Waiting for everything — the diagnosis, for the cells to come back, if his treatment would work.”

After 30 days, the results came back. The new therapy had worked. The Martinez family was flooded with relief.

“I remember Dr. Nemecek came through the doors and said, ‘He’s in remission,’” Sarah said. “I couldn’t thank her enough. She saved my baby.”

Although his cancer is in remission, Macario still visits the hospital monthly for intravenous immunoglobulin treatment. IVIG replaces antibodies to boost Macario’s immune system after his cancer treatment. “He’s kind of like a car,” Sarah said, “that needs an oil change once a month.”

The monthly hospital visits enable Macario and his family to live a full life. They’ve come to deeply appreciate the importance of spending time together as a family.

In their spare time together, they watch movies, play games and hike. And, after their experience at Doernbecher, Sarah considers the hospital staff as part of their family.

“Hope got us through the tough times, but so did the staff at Doernbecher,” Sarah said. “They’re like our family now. It’s not just a hospital, it’s a second home.”

“If it weren’t for the support that Macky has received at Doernbecher because of generous people, I can’t tell you where Macky would be right now,” Sarah said. “That support saves children’s lives.”