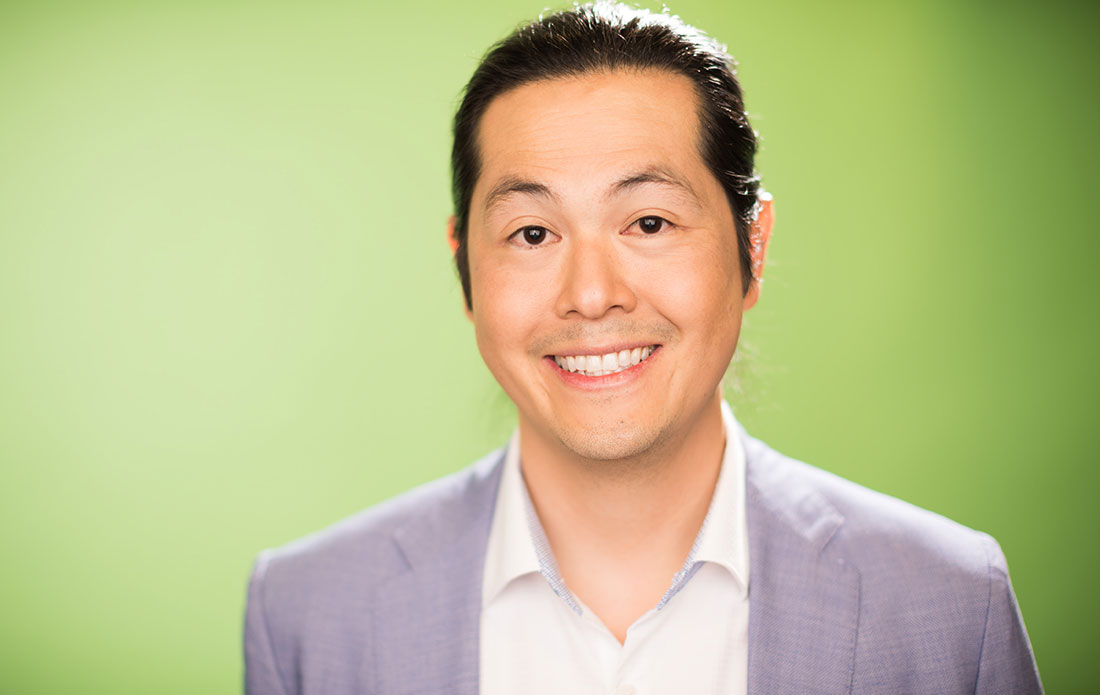 When Hai found out he had cancer, the summer before starting his residency program in dentistry at OHSU, his first thought was of his family. “I still help out my parents and my siblings. I’m the oldest, and so the pressure is on,” he says. “I told myself over and over: I can’t give up. I need to help support my family.”

Hai is very close with his family — and for good reason. They have been through a lot together.

38 years ago, Hai Pham was born in a refugee camp. His parents had escaped from Vietnam, a journey that nearly cost them their lives. Hai’s mother was pregnant with him when she and her husband fled on a small boat with many others. Twice they were robbed by pirates, his mom hidden in the engine compartment to evade kidnapping.

But luck was on their side. They were rescued by a commercial ship, and Hai was born in safety in Malaysia, departing for Corvallis, Ore. one year later. His dad found work landscaping. His mother worked as a house cleaner. Together, they raised four children.

When Hai was diagnosed with cancer, he was dangerously ill. He had just finished dental school and thought his fatigue and weight loss were due to late nights studying and the pressure of exams.

“Being a healthcare provider, I should have seen all the signs, but I was in denial,” he says.

One day while working at a local dental office, he bumped his right leg on one of the dental chairs. What should have been a harmless bruise turned rapidly into a crisis —  requiring surgery to stem internal bleeding. When the hematology/oncology fellow appeared at his hospital bedside, Hai realized what was really happening. He had chronic myeloid leukemia. He would be in the ICU for the next three weeks, as his doctors fought to stabilize him.

“The hardest thing was seeing my family come into the ICU and look so sad,” says Hai. “What really drove me to hang on was to make sure that I could help take care of my parents. For the longest time they worked odd jobs to put us kids through school. I knew that I wanted to help make their lives better, too. Because it’s a team effort. That’s how my parents raised us.”

Hai’s appreciation shines through when he talks about his mom and dad. He’s equally proud of his younger siblings, who are all building successful careers. Two of his brothers are following closely in Hai’s footsteps to practice pediatric medicine and dentistry.

“We’re all really close and we help each other out,” says Hai.

Hai’s family expanded in August when he married his fiancée, Natalie, surrounded by friends and family in the Columbia River Gorge.

“If it weren’t for the OHSU Knight Cancer Institute and Dr. Brian Druker giving me the gift of life, my wedding day would never have happened.”

“If it weren’t for the OHSU Knight Cancer Institute and Dr. Brian Druker giving me the gift of life, my wedding day would never have happened,” he says.

With his CML under control, Hai is able to help many families besides his own. He is on the board of Tooth Taxi, an organization providing free dental care from a mobile van that travels throughout Oregon. He works with oncologists to coordinate care with his own patients who are facing pediatric cancers. And he volunteers his time to speak on behalf of the Knight Cancer Institute, which saved his life.

Hai is committed to helping his own pediatric dental patients stay healthy and well. “It’s why I became a healthcare provider,” he says. “I wanted to give back to society.”

“Cancer affects so many people around us, children and adults,” Hai says “My hope is that we can someday find a solution to prevent cancer, before it even occurs. I feel like here at the Knight Cancer Institute, they will have the ability to do that with all the great research they’re doing.”