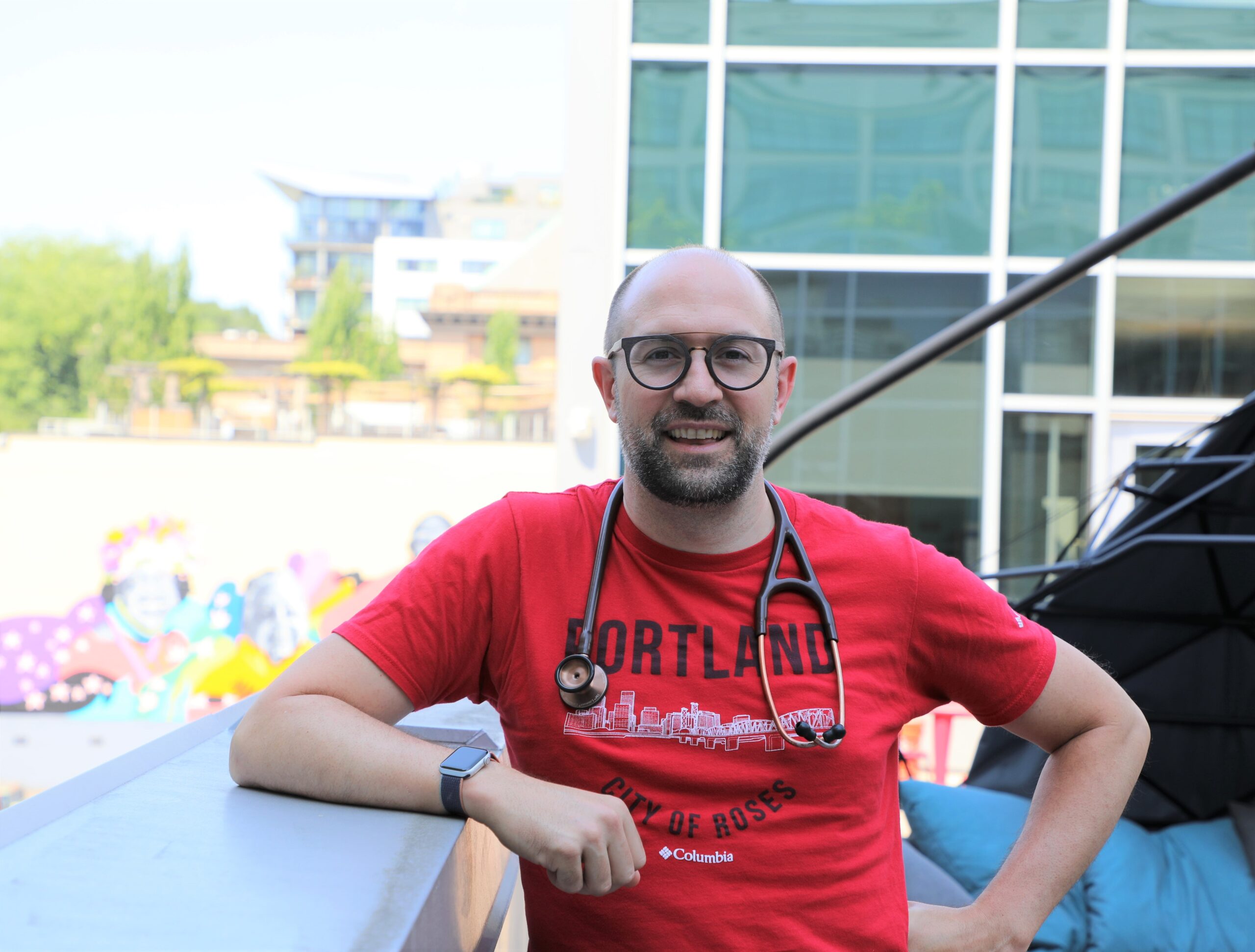 OHSU School of Medicine alumnus Richard Bruno, M.D. ’13, M.P.H., FAAFP, FACPM, AAHIVS, often advises current students to advocate for causes they believe in. Bruno tells them, “Any opportunity you can take to get involved in the community that you serve, from a medical perspective or otherwise, I think it would be very beneficial.”

As an M.D. undergraduate, Bruno completed rotations at various organizations supporting Portland’s houseless population. He felt fortunate that his rotations exposed him to Central City Concern, a Portland nonprofit agency serving this community.

“They not only provided primary care, mental health and substance use work, but they were also providing housing for people,” Bruno said. “Getting people into housing first, and then helping them get plugged in with services was a nationally recognized model that works really well.”

Following graduation from the OHSU School of Medicine, Bruno earned his residency in family medicine and preventive medicine at Johns Hopkins University. He began practicing as a family and preventive physician in Baltimore before returning to Oregon and Central City Concern, where he is now the senior medical director for primary care.

At Central City Concern, Bruno’s team approaches its work through a trauma-informed lens. Surveys among houseless populations reveal that most have experienced one or more traumatic incidents prior to becoming houseless. Bruno says that these traumas make it difficult for individuals to interact with others, remain employed or find consistent housing options. Many patients served by Central City Concern’s medical staff have turned to substance use as a coping tool. Overdoses of fentanyl, a synthetic opioid stronger than heroin, are steadily increasing, but clinic members can prevent death if naloxone — an emergency treatment that rapidly reverses an opioid overdose — is administered in time.

“It takes a toll on the health care workers,” Bruno said. “But it’s really rewarding to save somebody, get them into treatment and offer them the support they need.”

Throughout his career, Bruno has advocated for public policies that will improve health care. During his time in Baltimore, he ran for a position as a Maryland state representative, hoping he could participate in writing and passing public health laws.

During his campaign, Bruno estimates that he knocked on 15,000 doors, meeting community members and asking how he could help them with their needs and concerns. Though he did not win the election, the experience helped him understand how medicine is often linked to politics.

In Oregon, Bruno has found another way to improve community health care by influencing public policy. He was recently appointed by Gov. Kate Brown to the newly formed Oregon Prescription Drug Affordability Board. Bruno and fellow board members watch over prescription drug prices within Oregon and make recommendations for ways to lower costs for patients. He explains that advocating for causes like this is the best way he has found to prevent career burnout.

“It makes me feel like I can get something done that may be too frustrating to try to do in the clinics,” he said.

Bruno’s passion for health care began in junior high school when he volunteered to help children with various health conditions fully enjoy the adventures of summer camp. Though nearly a decade has passed since he graduated from the OHSU School of Medicine, his commitment to making a difference has never wavered. Whether he is engaged in clinical patient care or advocating for legislative change, Bruno continues working to fulfill the pledge he made to himself when he was in junior high: to become a physician and a patient advocate so he can help people in a greater way.