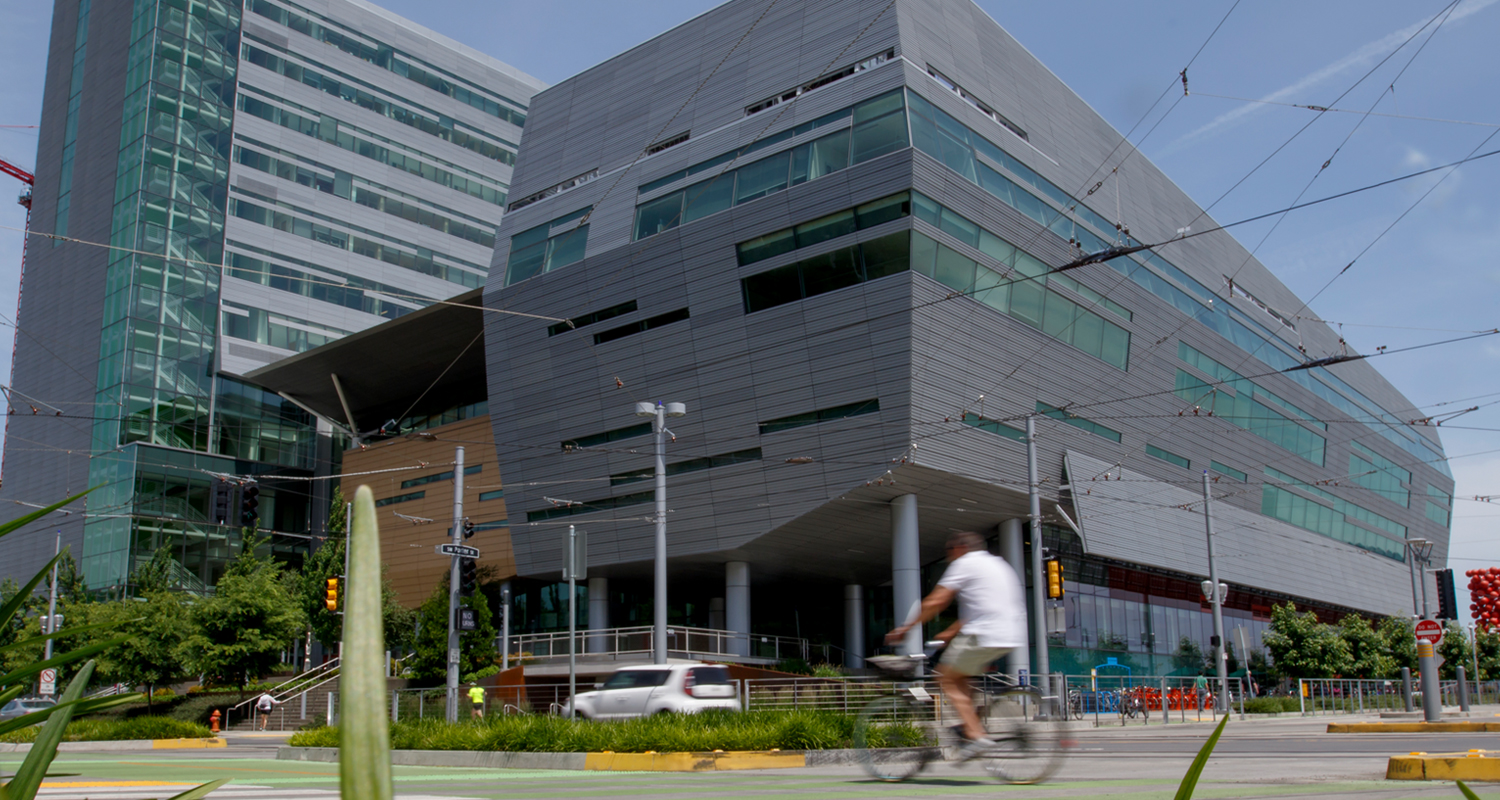 Creating more access to education is critical, so that the next generation of health care providers more accurately reflects the communities they serve. And when we increase diversity in the health professions, it leads to better health outcomes for patients.

In a powerful new podcast series, we invite students who are redefining the future of health care to talk about what equity in education means to them.

At 13 years old, Nelly Nouboussi left her home of Cameroon, Africa, to pursue educational opportunities in the U.S. Today, she is a second-year medical student at OHSU who wants to focus on underserved communities in Oregon.

Daniel Tshala, a third-year medical student, is passionate about improving access to education by alleviating financial stressors that can keep BIPOC students from attending medical school at OHSU. He and a group of his fellow medical students have recently established the Excellence and Equity in Medical Education Endowment, with the goal to provide access to medical education for diverse students with a financial need.

Hear Nelly and Daniel in conversation about their journey to medical school, the importance of scholarships and how they want the health care system to change.

Read below for a transcript of Daniel and Nelly’s conversation:

Daniel: I know we’re both from Africa, but we’ve never really discussed your life story — what brought you here to the U.S. and your path into medical school.

Nelly: I definitely never actually imagined that I would be in the U.S., to be honest, but I was also young when it all happened. I had my uncle here, and I think he encouraged me to do the visa lottery. My mom played it, and she won, which meant that your whole family can go. When that happened, it was a conversation about who was going to go, who was not. For some reason, it worked out perfectly that it was my sister and I. My uncle agreed to have us live with him, so that’s how I ended up living here. But even before that I always wanted to be a doctor at a very young age because my mom was also a doctor, so she was my inspiration. I wanted to follow in her footsteps.

My biggest influence has been my parents. My dad, specifically, because he pretty much came from nothing. He didn’t have his dad; he only had his mom, and his mom was a farmer. She didn’t really make that much money so he had to work as a teenager to pay for his school. He was always encouraging us to take our school seriously because he said that’s the only reason he’s been able to do what he is. He also went into education, so he was a big proponent of school. Every time we got home, he would always check our grades, make sure we were always studying, and reward us for doing well in school. My mom graduated at the top of her medical school class, so she was also always about school. They both implemented that love of education into us. Just knowing their stories definitely motivates me to do more and make them proud every day.

Daniel: We kind of have similar backgrounds in terms of parents and family members who have been in medicine. Both my parents in the Congo: my dad was a neurologist; my mom was an infectious disease doctor, and I have various uncles and aunts who are also in the medical field. So when we moved here to the United States, it was actually because my dad was doing his research up here at OHSU.

The biggest influence in my life has to be my parents. I don’t think I realized when I was young how hard it was for them. Imagine you’re coming to a new country with three young children; you don’t speak the language. At the time, both of my parents couldn’t enter medicine without having to redo residency with how the system here works. My mom worked as a CNA, a medication aide. My dad was doing PhD research work, but also working another job just to try and make ends meet for me and my siblings. We didn’t really feel all that pressure all the time growing up, but after talking to my parents as I’ve gotten a little bit older, I realized there’s a lot of stuff they hid from us because they wanted us to be normal kids, enjoying school, enjoying our friends and stuff.

I think I’ve gained an appreciation for all that they’ve done, and I think it’s also why I’m motivated within medicine to get people, like migrants from other countries and other students of color, because I know that them getting here is difficult. I know that if we can get the scholarship stuff that we’re trying to set up right now for OHSU, that can make a pretty big difference in how many students apply and actually come here.

Nelly: Definitely. I think it would be nice if they could get this fund. I know I wouldn’t be able to come to OHSU if it weren’t for a scholarship. That really made me feel like OHSU did care about getting minority students, and I think it’s amazing that this program is getting set up because I know that is going to bring more students to OHSU.

Daniel: I think the driving force behind it was this racial justice movement that we’ve been dealing with over the last year. I was pretty shaken by the events that were happening. It was all happening while I was trying to study for my Step 1 board exam, so it was an extra stressful period of time when I had all this stuff all this happening in the media. I felt like I couldn’t just sit here and focus on this test while the world outside and my community was being targeted. With Naima and Michelle, we came up with this idea of what we can do from our perspective in health care. One thing was: We need more black and brown folks at OHSU. We need people who represent our communities, who are going to be trustworthy voices. In discussion with them, we started talking about how we get more black and brown folks to apply to OHSU. We know that the cost is a big barrier, and in discussion through that, we needed to do something. I think I was surprised that OHSU was behind us so strongly and they were willing to work with us, and the OHSU Foundation to set this up and get the ball rolling.

Nelly: I have a question. If you could change one thing about the health care system, what would it be?

Daniel: I think part of the reason why there is such a lack of primary care physicians because the cost of medical school is so high, and students are choosing to not go into primary care because they’re essentially choosing a higher paying salary that’s going to help them pay off their loans quicker. We know that primary care is really important, and it’s a big reason why there’s disproportionate health outcomes in societies in America. I think if we can find a way to push people to go into primary care and allow them to still make a good living and enjoy their job and not feel burnt out, that would make a big difference in a lot of the health outcomes.

Support the Excellence and Equity in Medical Education Endowment 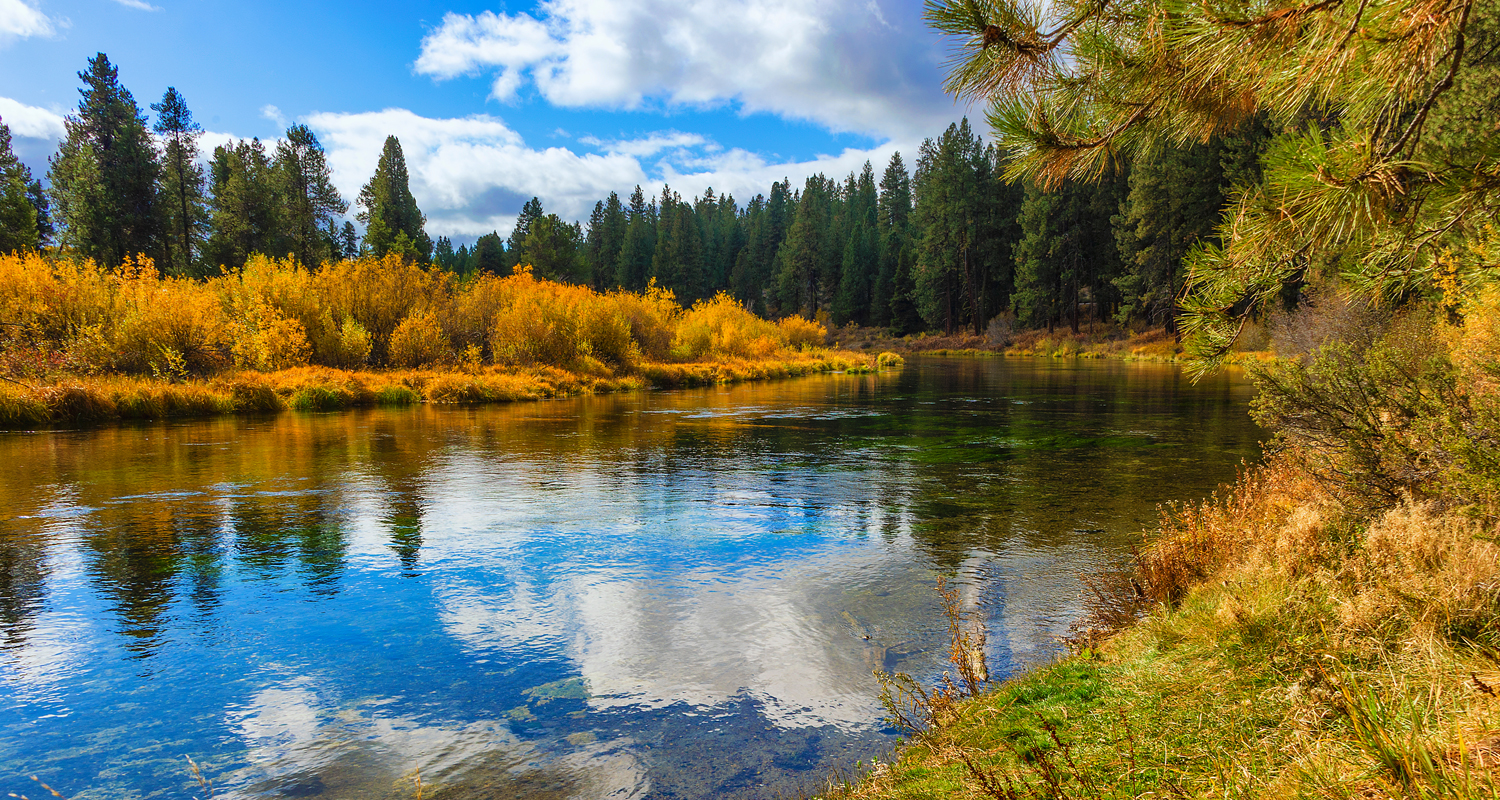 Providing a path for tribal students to a world of opportunities

Thanks to a generous grant from Meyer Memorial Trust, On Track OHSU! is expanding to increase the number of underrepresented minorities in health care. 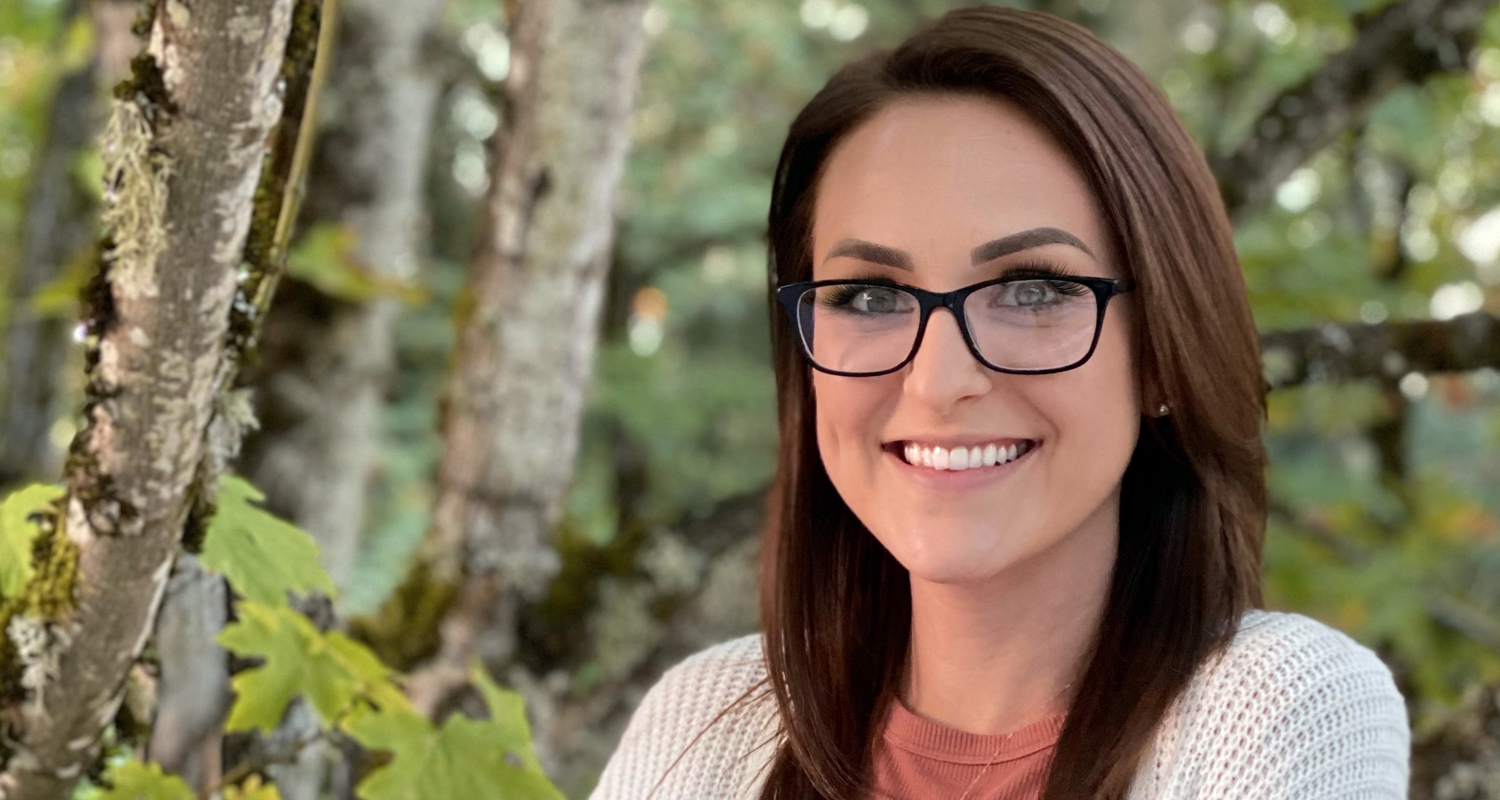 Ciara Robinson faced many obstacles on her road to college. With hard work and persistence, Ciara is now a second-year dental student with a goal to work in underserved, low-income areas. 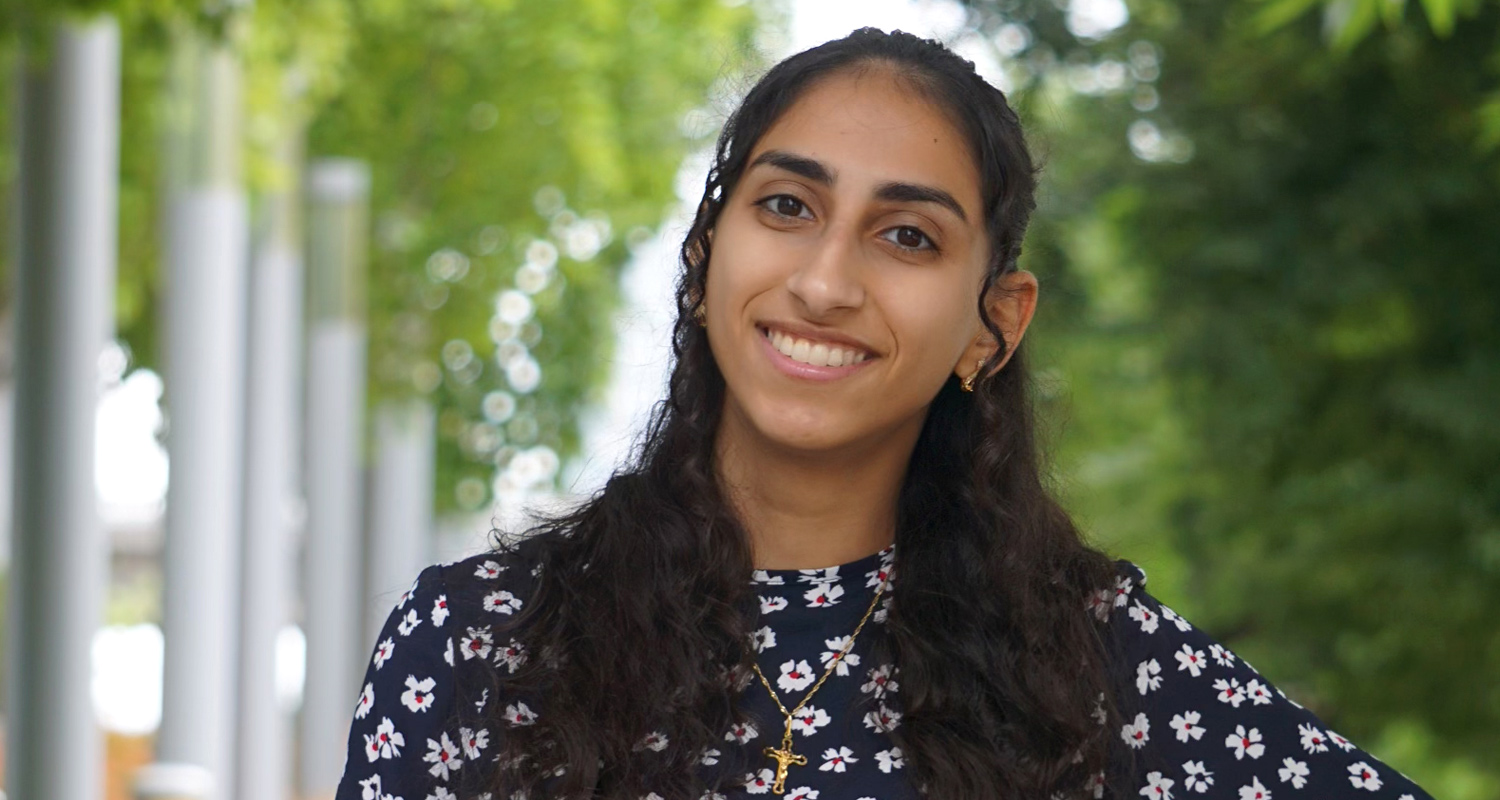 The power of personal experience

Marina grew up in rural Egypt, where oral health wasn’t a priority. Once she moved to the U.S., Marina learned about oral care and how to use a toothbrush — and fell in love with dentistry.