Giving back is nothing new to Gary and Christine Rood. In high school, Christine’s youth group raised funds for Shriner’s Children’s Hospital. In college, Gary donated to his local church. The couple even met over a good cause, working side-by-side to lobby Capitol Hill for health care reform.

Today, they are both the name — and the driving force — behind the Rood Family Pavilion, donating $12 million so out-of-town families receiving care at OHSU can have a home away from home. And while the Roods’ philanthropic journey has evolved over the years, one thing has remained unchanged: their desire to make a difference.

Connecting to a cause

Early in his career, Gary was deeply inspired by another local philanthropist: Phil Knight. “Even when I didn’t have a dime to give, I promised myself that when I could, I would emulate the Phil Knights of the world,” he said.

Over the years, the couple found themselves gravitating toward causes that benefit young people. And when Gary’s son Randy died of cancer, they made their first large philanthropic investment: a scholarship fund in his honor to help make college a reality for high school graduates. In addition to the Randy Rood Memorial Scholarship, the couple also actively supports Friends of the Children, the Boys and Girls Club, OHSU Doernbecher Children’s Hospital, and the Rood Family Pavilion, among other causes.

“For me, my heart is first and foremost with children,” explained Christine. “I truly believe in the arts and in environmental causes, but giving kids a strong start in life through health care and education is really important to me.” 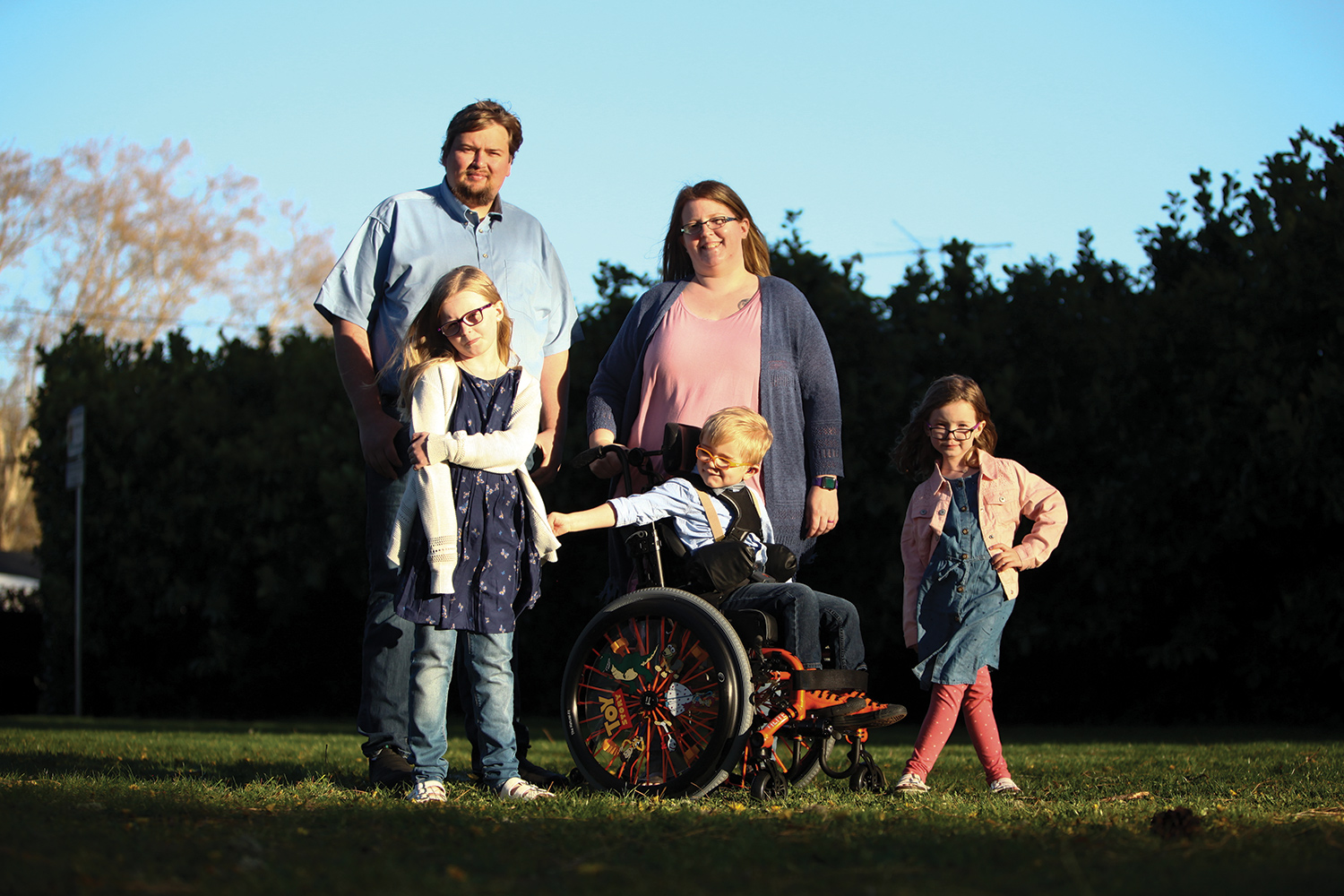 A shelter in the storm

Learn how the Rood Family Pavilion is impacting families like the Scherrers.

Gifts that give back

The way Gary and Christine see it, they benefit just as much from their generosity as the organizations they support. “We get so many thank-you cards from families that have stayed at the Pavilion,” said Christine. “That’s really special to us.”

“Strangers have come up to us and told us that they made a charitable gift because they were inspired by what we’ve done,” added Gary. “Between moments like that and the wonderful people we’ve met at OHSU, it’s just been wave after wave of blessings.”

One of the most meaningful moments for the couple happened recently when they interviewed a young recipient of the Randy Rood Scholarship in The Dalles. “The girl was there with her mother and a little baby,” said Gary. “It turns out that her mom and baby sister had stayed at our Pavilion when they needed medical care in Portland. Talk about coming full circle.”

As much as they’ve given over the years, it’s only recently that the couple has grown comfortable being more visible about it. “When we first started making these large gifts, I very much wanted to stay in the background,” said Christine. “But I started to realize that it’s important to inspire others through our actions. So it’s been an interesting personal evolution, going from wanting to sign anonymous checks to saying, ‘Okay, I’ll put myself out there.’”

Gary agrees. “I’ve also grown in my willingness to step out and encourage people to support what’s important to them,” said Gary. “For some people, it’s research. For others, it’s education. It’s not about supporting the same charities that we do — it’s about having a cause that they personally believe in so that they can experience the benefits of giving, regardless of who it’s going to.”

“Step up and give”

Like so many of us, COVID-19 has impacted the Roods’ businesses — but it has in no way dampened their desire to give. While they were able to follow through on all their philanthropic commitments for the year, they weren’t able to expand on them as planned. Instead, the couple is using this time to strategize about where they’ll lend their support next.

“Doernbecher needs a new NICU, so that’s on our radar,” said Christine. She’s also hoping to help increase OHSU’s rural outreach. As for Gary, he’s looking to contribute more to the day-to-day costs of the Rood Family Pavilion. “Having helped run medical facilities my whole life, I understand that you need the dollars to pay for things like housekeeping just as much as you need the dollars to pay for a new building,” he explained.

It’s not about how much you give, it’s about your heart.

Despite Gary and Christine’s overwhelming generosity over the years, they both insist that being a great philanthropist has nothing to do with the size of the checks you write.

“It’s not about how much you give, it’s about your heart and your capacity,” said Christine. “We met a little girl who started a lemonade stand for the Knight Cancer campaign, and she ended up raising over $500. If you can only give $5, that’s fine too. All that really matters is that you step up and give something, whether it’s your funds, your time or your energy to the causes that are important to you.”