Honoring alumni of the OHSU School of Medicine for their leadership, service, and contributions to health and science 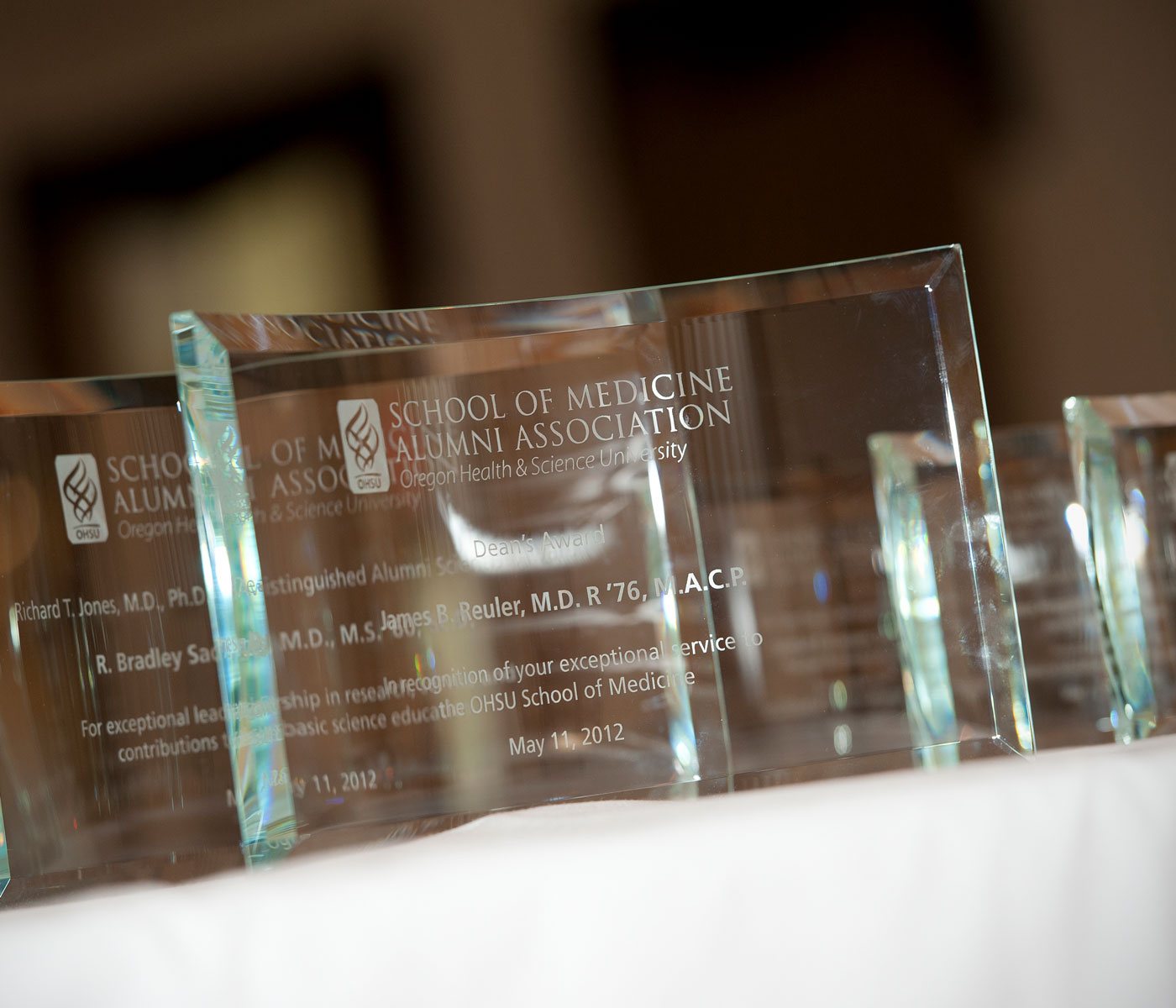 Congratulations to the 2022 School of Medicine Alumni Award Winners 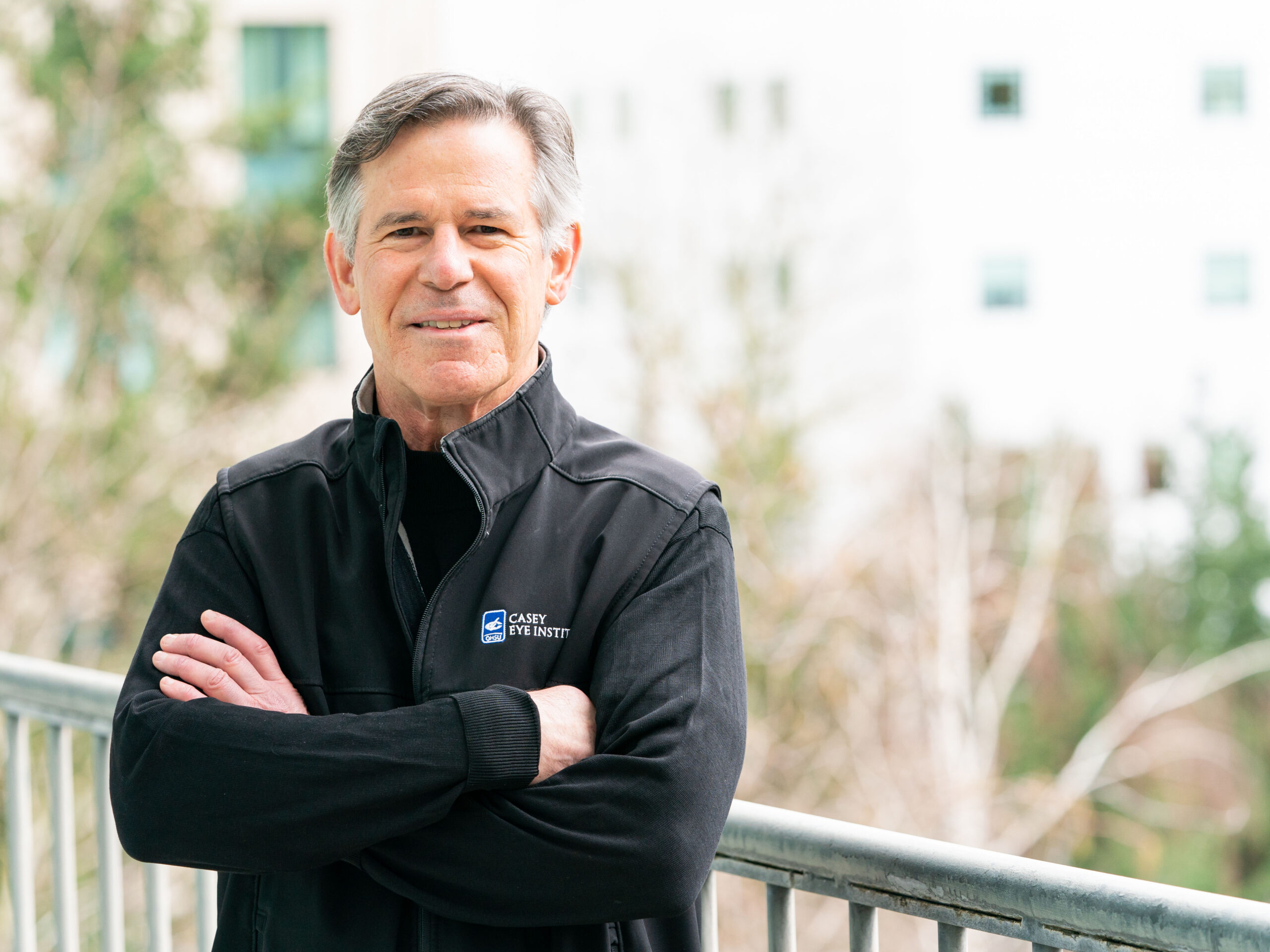 “He’s had a vision for the institute and took bold steps to achieve that.” – Dr. John Morrison

After 17 years as director of the Casey Eye Institute, Dr. David Wilson is retiring July 1, leaving behind a very accomplished legacy. By all standards, Casey Eye has become a world-class institute under his leadership, with innovative gene and cell-based therapy programs that will play a big role in the future of treating eye disease. Caring for patients is at the heart of what motivates Dr. Wilson. He especially loves doing retinal surgery, and he even pioneered a type of surgery for specific, rare eye tumors that if left untreated lead to blindness. 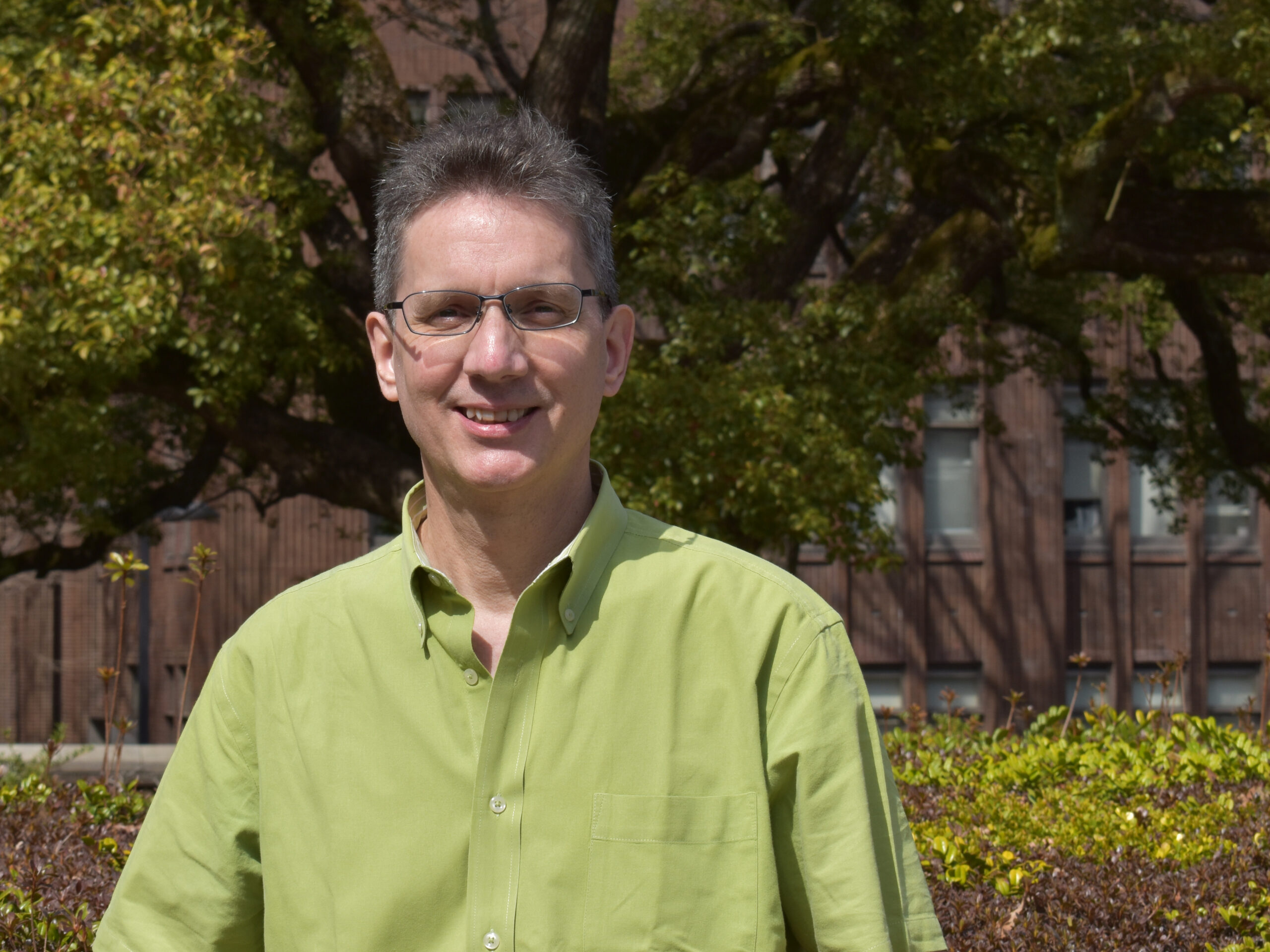 After earning a Ph.D. in molecular and medical genetics at OHSU in 1999, Dr. Taylor carried his scientific passion across the sea to Japan. There he found a job at RIKEN, a major scientific research center, as a part of a pioneering group of scientists working on the sequencing phase of the Human Genome Project. Dr. Taylor’s subsequent genomic research extends to chimpanzees, mice, and the human microbiome. 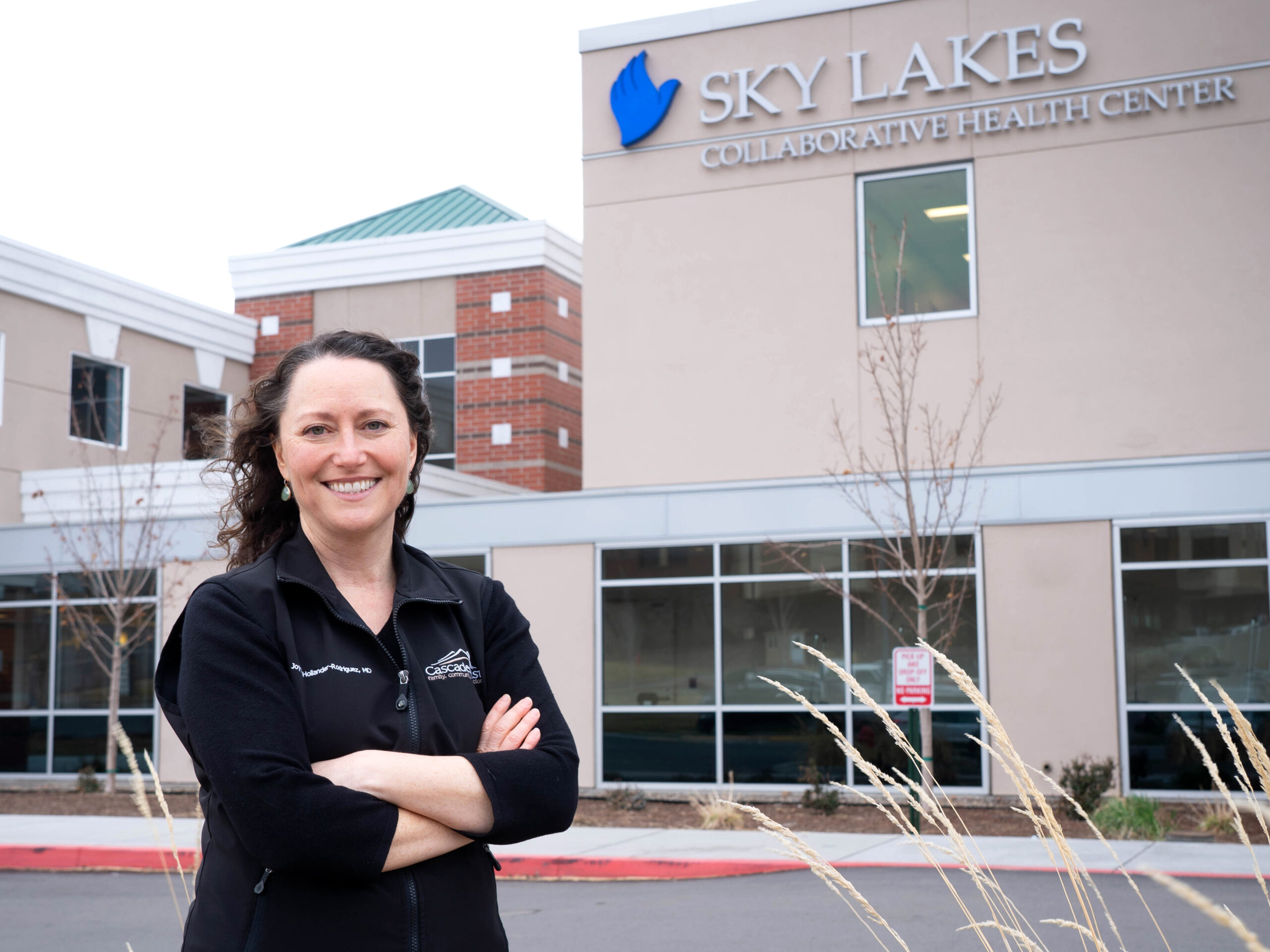 “There is no greater advocate for rural health care and education than Joyce.” – Dr. Holly Montjoy

Dr. Joyce Hollander-Rodriguez grew up in a small rural community in Western Oregon, so it’s not a surprise that her life’s work focuses on rural and community health. After witnessing poverty overseas, her first thought was to do that work internationally. But when she came back to a rural setting for her family medicine residency at OHSU’s Cascades East campus in Klamath Falls, she saw there was a lot of need and many of the same barriers there. Now, as Cascades East’s residency director, Dr. Hollander-Rodriguez gets to see the ripple effect of rural health education across the state and beyond. 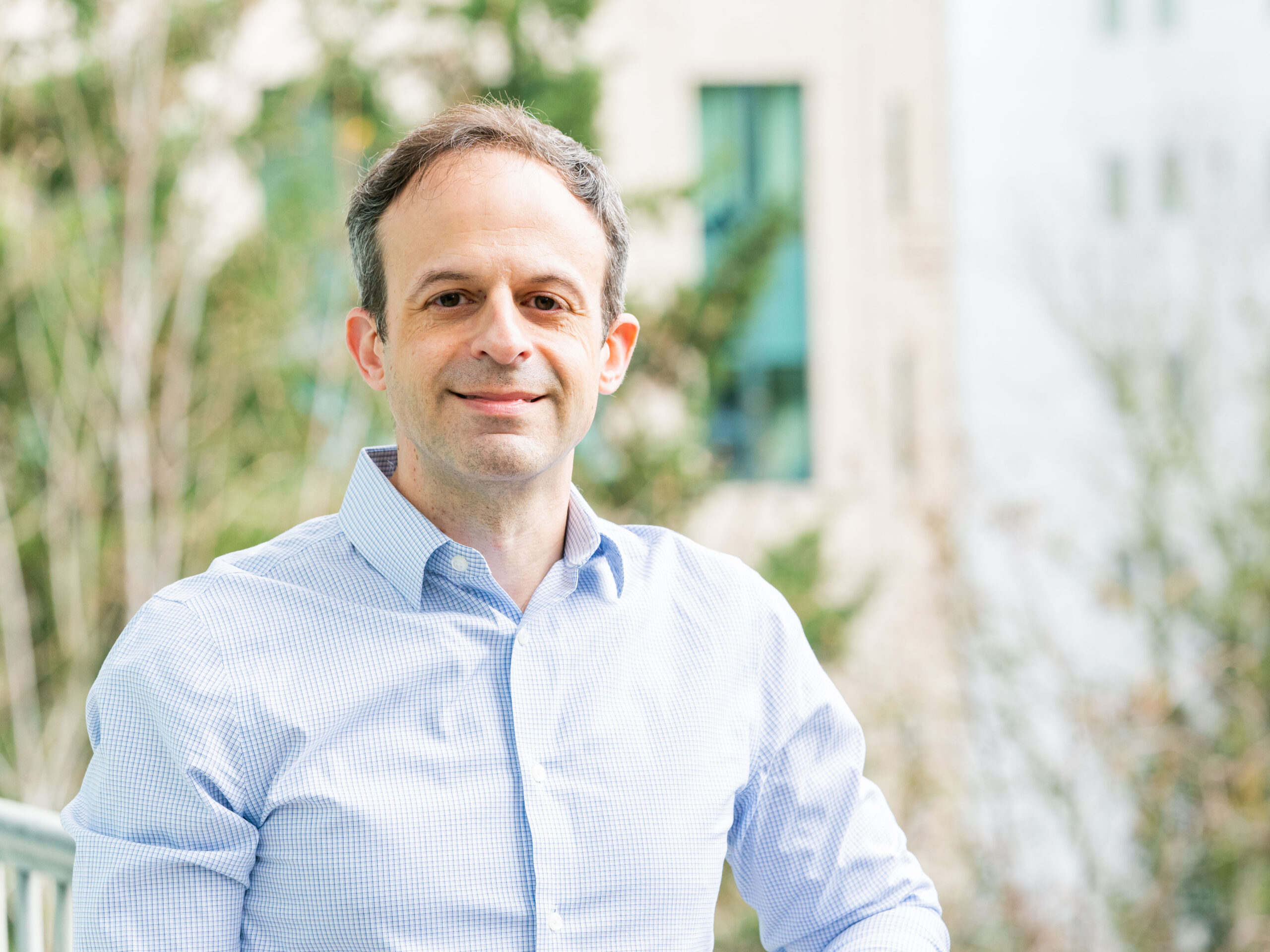 “He works tirelessly at his craft.” – Dr. Owen McCarty

Dr. Aslan graduated from UC Berkeley with a degree in biochemistry and molecular biology before traveling north to graduate school at OHSU, lured by the stellar neuroscience coming out of the Vollum Institute. In 2009, he earned a Ph.D. in neurobiology. During a postdoctoral fellowship in the bioengineering lab of Owen McCarty, Ph.D., he alighted on his life’s work: the mystery of blood cells. Today, Dr. Aslan maps the biology of blood in hopes of developing better therapeutics for vascular conditions. 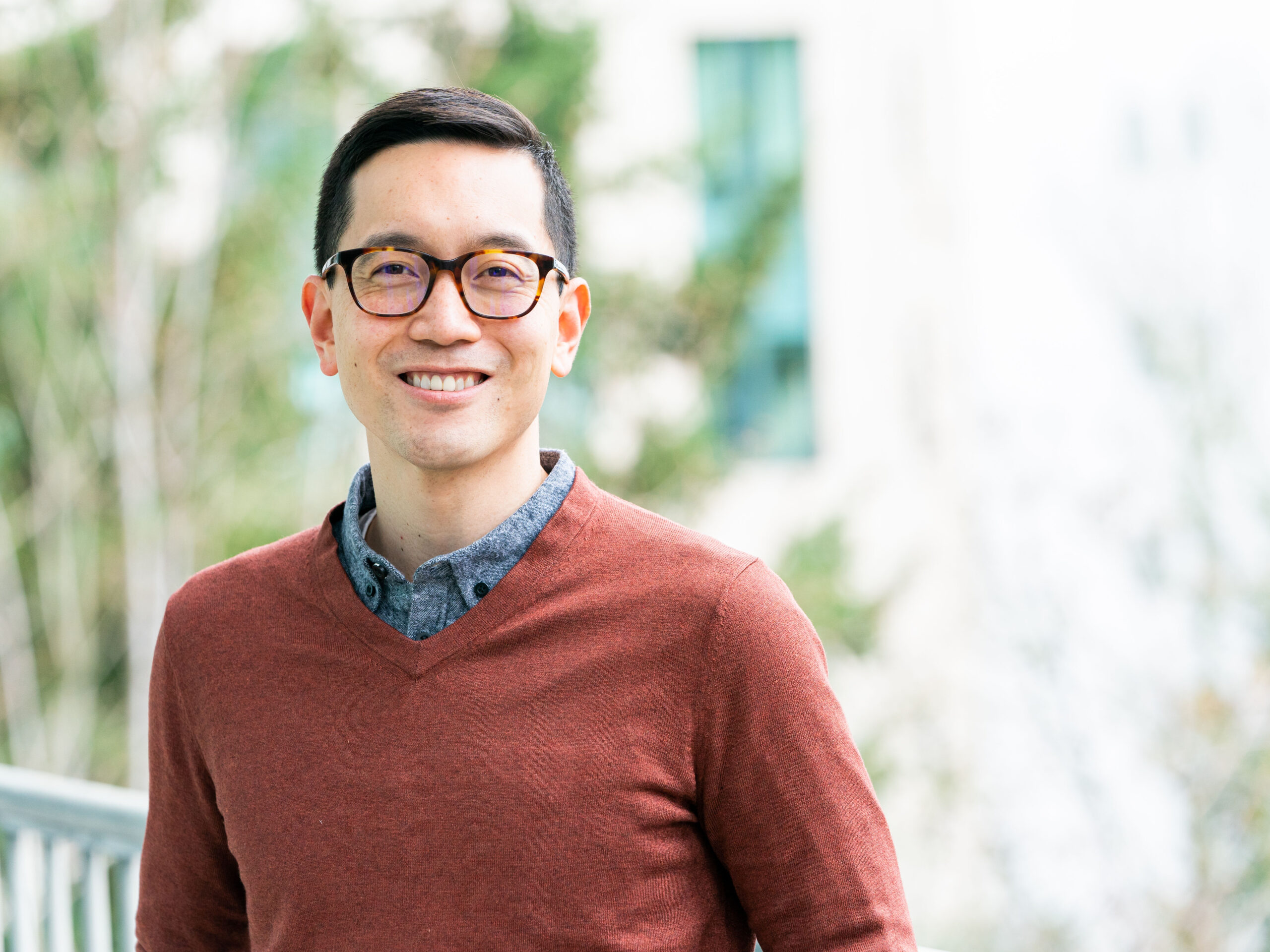 “Anthony has proven himself to be an outstanding collaborator who easily synthesizes input from a diverse group of people to solve problems and make decisions.” – Dr. Heather Angier

When COVID-19 hit in March 2020, Dr. Anthony Cheng, assistant professor of family medicine in the school, knew that the 25% of Oregonians who don’t have a primary care physician would need somewhere to turn for advice. As fate would have it, Dr. Cheng had already been leading the development of OHSU’s virtual visit services. His expertise prompted the primary care team to recruit him as the founding medical director of what would become the COVID-19 Connected Care Center, (C4). Under his leadership, the C4 was fully funded and operational in only ten days.

Established in 1983, this award is named in honor of Charles A. Preuss, M.D., a 1929 graduate of the OHSU School of Medicine. This award recognizes alumni who reflect the highest ideals of the OHSU School of Medicine through professional achievement and community service. Recipients demonstrate a sustained commitment to enacting beneficial change, as well as visionary leadership to inspire others. View past recipients of the Charles A. Preuss Distinguished Alumni Award.

This award was established in 2001 and renamed in 2006 to honor Richard T. Jones, M.D., Ph.D., a 1955 graduate of the OHSU School of Medicine. This award honors alumni from the School of Medicine’s master’s or doctor of philosophy degree programs who demonstrate continued research excellence, service to the scientific community and contributions to basic science education. View past recipients of the Richard T. Jones Distinguished Alumni Scientist Award.

Established in 2008, this award is named for Esther Pohl Lovejoy, M.D., an 1894 graduate of the OHSU School of Medicine who played a significant role in public health reform, suffrage, and politics in early twentieth century Portland. This award honors alumni who have demonstrated exceptional leadership and service to the medical profession and contributed to systemic improvements in health outcomes. View past recipients of the Esther Pohl Lovejoy Leadership Award.

Established in 2022, this award honors the life and legacy of Walter C. Reynolds, M.D ’49, a physician, community leader, and the first African American graduate of the University of Oregon Medical School (now the OHSU School of Medicine). This award recognizes alumni who have demonstrated service that substantially benefits a local community.

Established in 2013, the Early Career Achievement Award recognizes alumni for achievements within the first fifteen years of their careers. This award honors alumni who have made significant career contributions either to improving health and social welfare in a community setting, or to scientific research and academia. View past recipients of the Early Career Achievement Award.